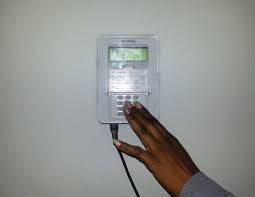 The national power utility, Zimbabwe Electricity Supply Authority (ZESA) has nearly doubled power tariffs on Monday as it tries to balance a drop in imports from South Africa and internal problems at its power plants.
Tariffs for one to 50 units of power were increased from $8,02 to $15 per unit. While 51 to 100 units now cost $30 up from $16.08 per unit, a ZESA statement read.
It said 201 to 300 units of power would be charged at $75,15 compared to $40,22  previously.
Other categories were also hiked. The tariff hike represents an 87,5% increase.
An executive from Zesa who asked not to be named told NewsDay that technical challenges and lack of power imports from South Africa were behind the new hikes.
“The tariffs have been increased,” the executive said. “This is due to technical challenges being faced at the Hwange and Kariba power stations.
Also, Zimbabwe imports power from South Africa and the ongoing power shortages in South Africa have made it almost impossible for South Africa to export power to Zimbabwe.”
Zimbabwe imports around 150 megawatts of power from South Africa.
Meanwhile, the country is experiencing increased power cuts owing to generation challenges.
Two days ago Zimbabwe witnessed an unplanned nationwide power outage.
Zwnews