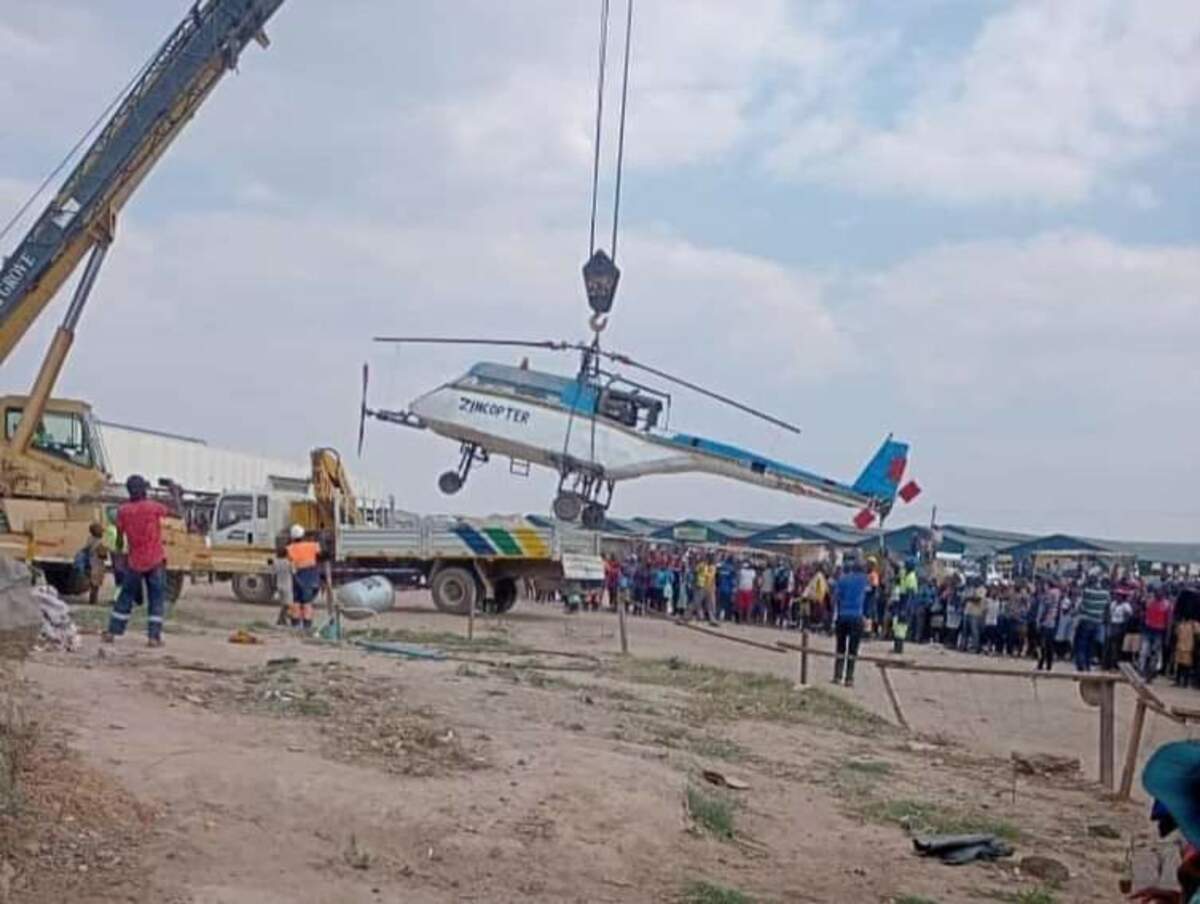 The chopper which fascinating self-taught engineer and helicopter designer Daniel Chingoma built in 2003, has finally been taken for the skies- via a crane, and not on its wings!

Chingoma’s own aircraft, which he named the Zimcopter DC-15, was built from scrap metal and had a Lexus V8 engine, side mirrors from a Hilux bakkie and a tobacco thermometer in the cockpit.

It was banned from ever leaving the ground by the Civil Aviation Authority of Zimbabwe (CAAZ), although Chingoma claimed that it once flew. 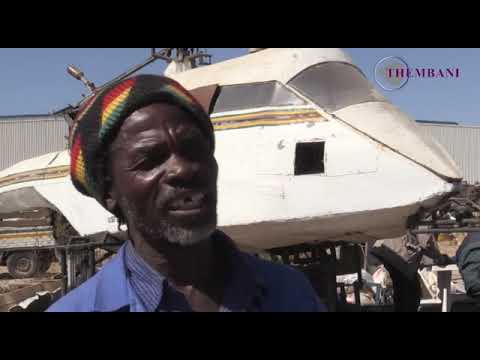 But, the Zimcopter has broken the ban by aviation authorities to take to the skies for the very first time in about 20 years, after it was carried off by a crane to pave way for the development of Mbudzi road interchange.

Pictures of Chingoma’s Zimcopter being lifted by the crane have since flooded the internet, drawing varied reactions.

We publish below, some of the reactions from online users,

This is a sad story. He even went on to do more inventions bt the political landspace had other ideas for him. I remember him wen he founded Teisek Engineering after this project collapsed.– Kelvin Kelly-k Nyoka

Ofcoz Kuzviitira Kodiwa, bt Daniel deakasticker to design and Engine Ideas only then approach a production company. With his Designs and Engine Prototypes. Zvaiva Nani. Coz Mukuzviitira Umu he makes Smthing sort of Sculpture Abstract Art, real innovatives won’t take it Serious..they will appreciate the idea behind Bt the overall out up is uninvestable in race with What other innovative creatives are Coming up with around the world …– Mari Tatenda

some people might see this funny but i dont at all. We are all masters of deception why didn’t the government create maybe a ministry of innovation so we don’t waste such resources and Brainsz What a pathetic government we have.– Emmanuel Band Jr

It can actually fly. But haina permit.
It’s sad we seek investors to come and take our minerals but we turned a blind eye on this genius. We could have been exporting helicopters to Russia or Ukraine had we helped this guy to chase his dream.
The same thing happened to Strive Masiyiwa achida kuvhura Econet mu Zimbabwe. Sabotage, sabotage, sabotage, nemweya wegodo PHD (pull him down.– Tawaz Man