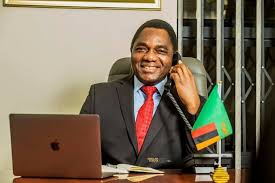 ZAMBIA’S power supplier ZESCO has declared that the country how has surplus capacity of about 1,000 megawatts (MW) at a time the country is also enjoying an economic rebound.

Across the border however, Zimbabweans are struggling with daily power cuts country lasting several hours which have been blamed on breakdowns at its aged power plants.

He was speaking during a high-level panel discussion at the ongoing Association of Power Utilities of Africa (APUA) meeting in Dakar, Senegal.

“We thus have a surplus of 1,156.8 MW that is available for trade within the interconnected SAPP network,” Eng. Mapani said.

He also said that ZESCO was using internally generated resources to progress the 750 MW Kafue Gorge Lower (KGL) hydro project which was being constructed at a cost of approx.$2.3 billion and will be completed later this year in November.