VIDEO: You claim to be most educated! Use that education to fix your country, angry SA man tells Zimbabweans 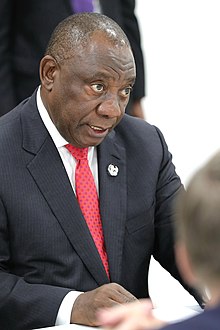 Public anger among South Africans is brewing against immigrants, especially Zimbabweans who are widely said to numbering about three million in the neighbouring country.

Meanwhile, in a video trending online, a South African man is seen shouting to Zimbabweans:

“If you are as educated as you claim, use that education to fix your own country.”

The man, who is visibly angry, adds:

“If South Africans are uneducated and lazy and you Zimbabweans are educated and hardworking as you claim, then go back and fix your own country, and stop disrespecting us in our country.”

A lot of Zimbabweans trekked down south in the turn of the millennium in search for greener pastures.

Apparently, in South Africa, there has been trouble, as citizens protest against foreigners, at some point xenophobic attacks have resulted.

As if that is not enough, a senior South African health official Phopi Ramathuba recently embarrassed a Zimbabwean patient who was seeking medical assistance.

She told the patient that Zimbabweans are choking the country’s health system.

Ramathuba went on to say she will calculate medical bills for Zimbabweans in South African hospitals and send it to President Emmerson Mnangagwa so that he can settle the bills.

#FixZim
Part 1:
Public anger among South Africans is boiling against immigrants, especially Zimbabweans who are widely said to number about three million in the neighbouring country. This man says: If you are as educated as you claim, use that education to fix your own country. pic.twitter.com/AxbGV1RBAH