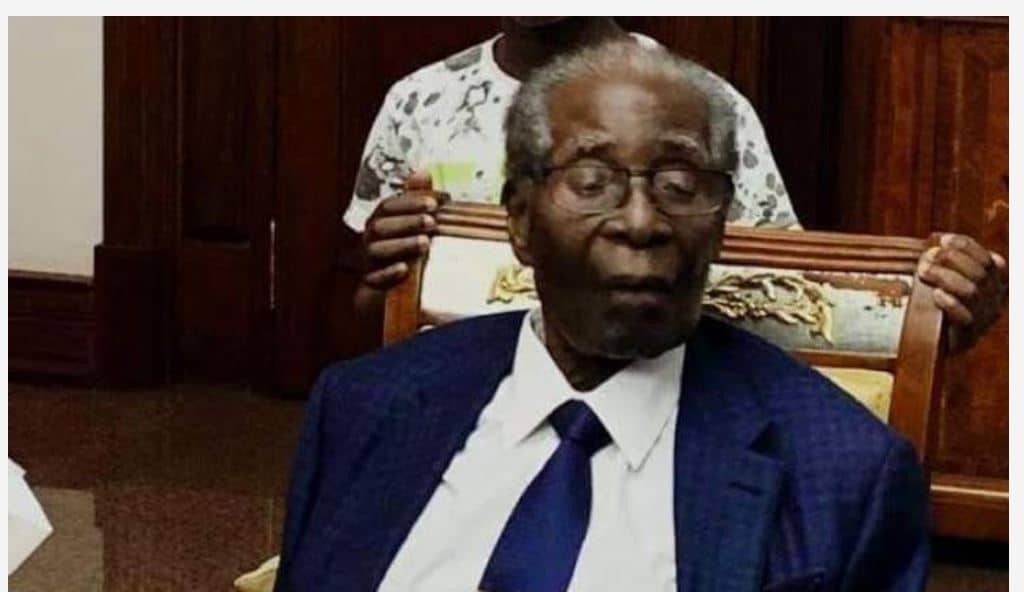 The latest photo of former President Robert Mugabe has gone viral on the internet and social media pouring water on speculations the nonagenarian former leader is on his deathbed.

Mugabe actually looks healthier and more lively than his former generals and lieutenants who on different occasions have cheated death after their health rapidly deteriorated following the November 2017 military coup.

Zimbabwe’s top four namely Mnangagwa, Chiwenga, Mohadi, SB Moyo and Muchinguri have been in and out of hospital since the fall of Mugabe.

The man who spearheaded the coup, General Chiwenga, is currently receiving treatment in India.