In a jab apparently targeted at her former husband Tinashe Maphosa, with whom she had a 5-month matrimonial stay with, comedienne Mai TT has joked that she would rather have Grant, the 39-year-old son of a Chitungwiza lady, Gogo Plaxedes Mashasha, who spent many days with her husband’s body.

Zimbabwe’s medical authorities have since confirmed that Grant Mashasha, who was discovered lurking in their home’s ceiling, where he is thought to have been staying for the past fourteen years, is mentally ill.

And, in what many have considered as a joke-too-soon, Mai Tt implied in a Facebook post that Mashasha may be the ideal partner for her while taking another jab at Tinashe. 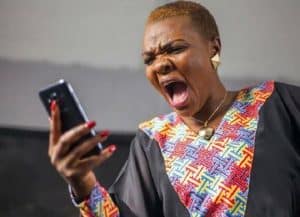 Adding on to her post, Mai Tt implied that unlike Tinashe Maphosa, who left her in debt, Grant (pictured above) will give her a fresh start in relationships.

“Haana zvikwereti plus haabe, haakwenye futi. Tell him to wait for my return,” she added.

Sadly, Mai Tt signed off by referring to herself as “Mrs Ceiling”.

However, all this could have been funny if Grant was not a victim, who appears to have been driven to his current state by the sins of his mother.

And so, this all comes against a background where the police have even classified him as a mental patient.

“She (Gogo Mashasha) was going for a church service in Zengeza 2. The husband was paralysed and bed-ridden.

“He suffered a stroke sometime in 1992 and the condition worsened in 2010 and he became paralysed. When the wife returned home on the same day, she found her doors locked from inside. She claimed to have slept outside and later decided to break down the door on November 21 at around 8am.

“She could not locate her mentally ill son Grant and lodged a police report.

“Police attended the scene and after searching the house, they found the mentally ill son in the ceiling.

“They had to break the roof and ceiling in order to retrieve the MENTALLY ILL son”.

Quite saddening though, that Mai TT yesterday felt that Grant, regadless of his medical condition, was someone she could build her comic empire on.

What a pathetic, sour post guised as a joke!