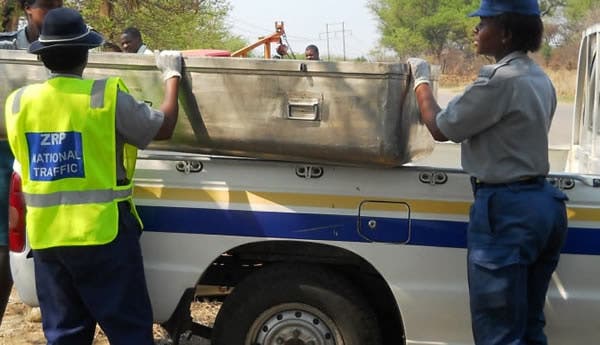 A Gweru businesswoman (43), who was hypertensive, reportedly died in her car at Monomutapa Police Station in Mtapa suburb, Gweru.

The Chronicle reported sources as saying the incident occurred at Monomutapa popularly known as Mtapa Police station in Gweru on Monday morning.

Said a source: “The deceased person Ms. Mugobe Sheila Shoshore of Mkoba 13 was a well-known businesswoman involved in the transport business and she had two kombis and a taxi that operates in Senga and Mkoba.

Soshore reportedly parted ways with her daughter Hazel Mawere (19) at TM taxi rank in Gweru city centre at around 5 PM on Sunday and her daughter proceeded to Midlands State University (MSU). Added the source:

On Sunday evening, Shoshore proceeded to ZRP Mtapa where she usually parks her motor vehicle and proceeded to her place of residence.

On November 7, the deceased proceeded to Monomutapa Police Station where she entered the main gate and advised a police officer who was manning the main gate that she was taking out her car.

At around 8.45 AM police officers who were from a routine operation reportedly observed a white Honda Fit parked at the parking space.

Said the source: “One of the police officers observed the now deceased occupying the driver’s seat with her head tilted towards the steering wheel and she was motionless.”

The officer-in-charge of the police station was advised and an ambulance was called.

The body of the deceased was then conveyed to Gweru Provincial Hospital Mortuary awaiting post-mortem.