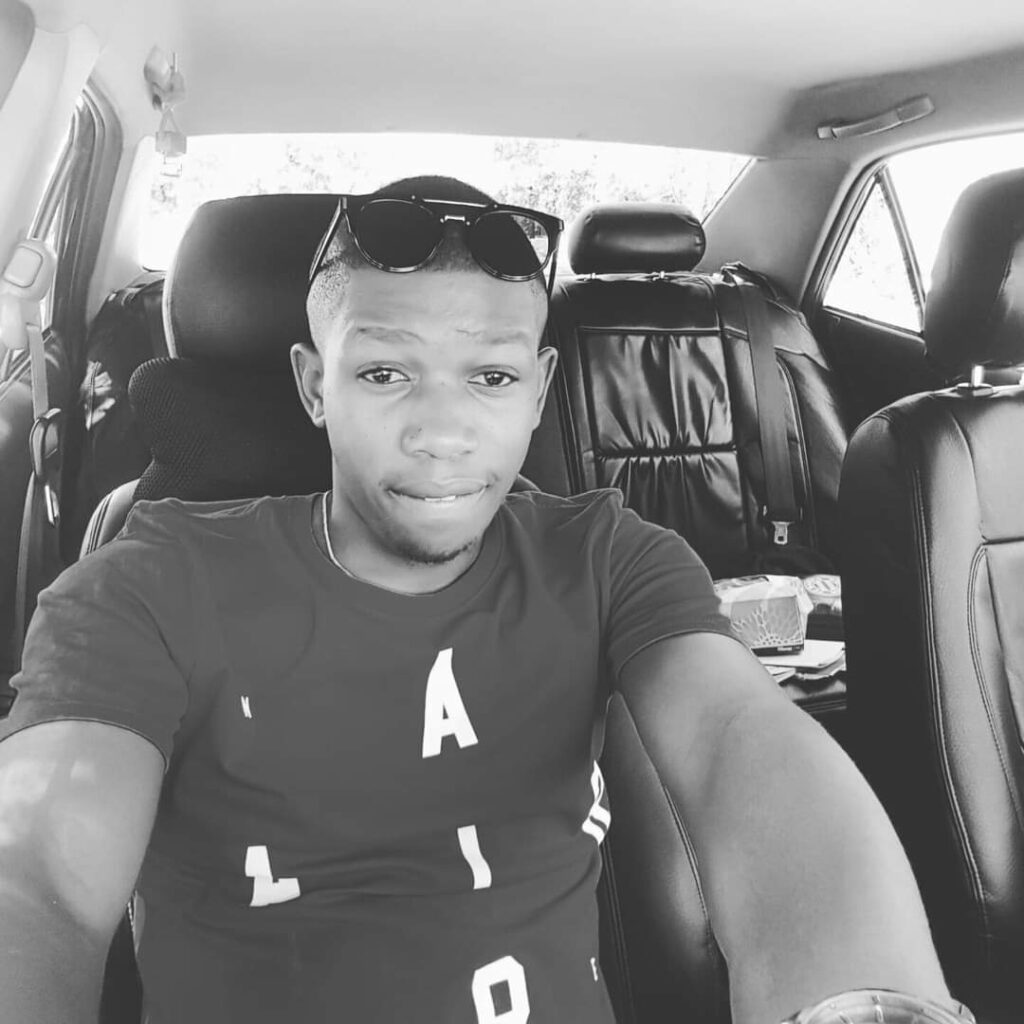 Samantha Dzapata’s alleged married lover Clementine Muza has broken his silence and responded to claims made against him by Ximex dealer Tafadzwa Murengwa popularly known as Boss Pangolin.

In an audio that did the rounds on social media, Boss Pangolin claimed that Muza was having an illicit affair with his girlfriend Samantha.

In an exclusive interview with a local tabloid, Clementine Dzapata responded to claims made by Boss Pangolin. He denied dating Samantha. Muza further claimed that he was in Beitbridge on the day Boss Pangolin alleged that he had taken Samantha to a lodge in Harare.

“He phoned me a day before this incident warning me about dating Samantha, but I told him that there was no affair between us. My family only stayed at the same house in Waterfalls with Samantha and her sisters,” Muza said.

Tafadzwa told H-Metro that he got his money from selling cars and had given Samantha a car to use in Beitbridge, where she had relocated to.

Coincidentally, Muza works in Beitbridge and that made Tafadzwa suspicious.

Ximex Mall money changer and dealer, Tafadzwa “Boss Pango” Murengwa, had planned a murderous rampage in which he wanted to kill as many members of his estranged girlfriend’s family as possible.

He accused them of hiding the deceased Samantha Dzapasi, 28, whom he was hunting down, with the intention to kill her.

Tafadzwa, 29, whose nickname emanated from the time he was dragged to court for trying to sell a pangolin, shot and killed Samantha on Friday.
He then committed suicide the following day after downing a poisonous substance.
It has since emerged that, in his moment of rage, he had planned to go on a killing spree.

H-Metro can reveal that:

He offered the late Samantha US$10 000 to drop assault charges she had filed against him.
The man he suspected of having an affair with Samantha, Clementine Muza, was also in the line of fire and could have been shot had he come across him.
Samantha’s family were also at risk as he was furious with them for allegedly shielding her from him and ‘lying’ about her whereabouts.
He was so obsessed with her that he allegedly paid some of her neighbours to spy on her and keep him updated about what she was doing.
In an interview over the phone, soon after shooting Samantha dead, Tafadzwa told H-Metro his estranged girlfriend had allegedly demanded US$20 000 to withdraw the physical and sexual abuse charges she had laid against him.

He took Samantha to a lodge in Borrowdale where he assaulted her after she decided to end their affair.
Samantha returned to her rented Waterfalls residence and reported Tafadzwa to the police for assault before going into hiding.
Tafadzwa hunted her down soon after being granted bail, in another case, and shot her in the head at the corner of Simon Mazorodze Road and Mashambanzou Road in Waterfalls, just a few metres away from her rented house.
She died on the spot.

He accused Samantha of bedding her married co-tenant Muza.

One of Samantha’s co-tenants, Eris Kaunda, told H-Metro Tafadzwa offered her US$50 to disclose her hiding place.

“He phoned me and offered me US$50 to persuade Samantha to see him.
“I refused his offer and he was furious with me such that he could have killed me as well.
“Handina kuziva kuti aida kundipa mari yeropa raSamantha, amuurayireiko nhai mwana wevaridzi?” she said while sobbing.

Tafadzwa narrated his reason for killing Samantha to H-Metro over the phone.

“I did what is not supposed to be done in our culture,” said Tafadzwa.
“I got frustrated and was devoid of hope since Samantha wanted to report me for interfering with her and her sisters over a case before the courts of law.
“I had physically assaulted her at a lodge after discovering her affair with Clementine Muza.
“The case was reported at Highlands Police Station and she threatened to lodge another report for visiting her at her place in Waterfalls.
“I did not want myself to be detained and also allow her to ditch me for a married man considering the amount of money I spent on her and the valuable watch and ring, among other things, that I bought for her.
“She refused my offer, demanding US$20 000, for her to drop the charges and I could not take that.
“She failed to consider how much I had spent on her in the past four years during our affair,” said Tafadzwa.

He urged H-Metro to record the conversation because his time was running out and he was inundated with calls.
Tafadzwa said he had made efforts to save his affair with Samantha by providing her parents with their needs.

“I visited Samantha’s mother in Gutu and gave her money as well as sufficient groceries.
“I also visited her father in Bindura, but she never took that into consideration.
“She wanted to apply for a peace order against me and that affected me a lot.
“I left court puzzled and confused and that is why I decided to splash US$1 300 in new notes on the street.
“Samantha had blocked all my contact numbers and I had been hunting for her.
“All her sisters and friends did not want to disclose her whereabouts,” he said.

Tafadzwa said he tricked one of Samantha’s workmates into phoning her by showing them something he claimed had been stolen from their workplace.
One workmate phoned Samantha and she disclosed that she was in Waterfalls and Tafadzwa drove there. He was furious with everyone at the house for lying “about not knowing Samantha’s whereabouts” each time he went there looking for her.
In his state of rage, many of them were in his line of fire.