The largest disciplines in eSports and bets on them 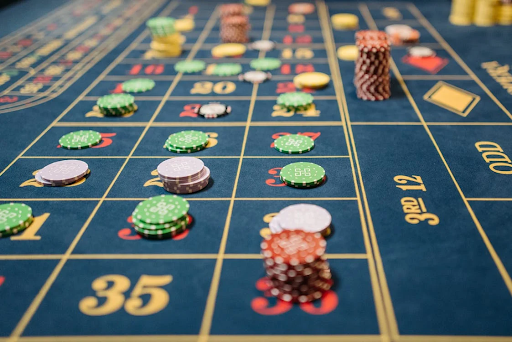 There are several dozens of computer games for which competitions between gamers are held in Betwinner Registration. But among them there are clear leaders. These are the disciplines that annually gain the most views, hours of play, and also have large prize pools. Being an esports player in one of these disciplines is a real honor for a gamer.

Accordingly, bookmakers do not bypass these games and offer a wide line of bets on them. Today we will discuss what kind of computer games these are and what types of bets await the bettor.

We also advise you to read AntiGang supports Gunsdown Movement.

The most popular eSports PC games

Recently, mobile games have become popular. They are already quite capable of competing with standard disciplines, which makes this area even more interesting. However, we will talk about the classics. These games will definitely be in the eSports section of all popular bookmakers.

From year to year, their popularity does not fall, so they can be called classics in the field of eSports. We will talk about three games: CS:GO shooter, League of Legends and Dota 2 in the MOBA genre. These are multiplayer games, and tournaments are always played by teams of 5 players, each playing the role of a certain character.

Also, we will only list specific bets that are related to a particular game. Because bets on the main outcome, total total points, etc. offered in all disciplines.

If you look at the data of 2021, then this discipline has become the most popular in terms of the number of hours watched (664 million). In addition, the broadcast of a major tournament in this discipline (the Worlds 2021 grand final) was simultaneously watched by more than 4 million viewers – this is an absolute record for the game.

Within this discipline, you can bet on:

The higher the coefficient, the lower the probability of a particular outcome, and vice versa. To understand what outcome to bet on, you need to follow the style of play of your opponents and clearly know the rules of the game.

This discipline is also gaining popularity every year, although there are opinions that it will soon come to an end due to another popular shooter. Despite this, the game reached 2.75 million viewers at PGL Major Stockholm 2021.

What can you bet on in this game:

In many ways, the results are influenced by the map. For example, there are locations where terrorists are strong, of course, the coefficients for their victory here will be lower.

This game is remembered in 2021 due to the huge prize pool of more than $40 million. The money was raffled off at The International 10, the biggest event in the field.

Dota 2 is made in the same genre as League of Legends. But there are some special bets that are interesting in their own way:

Of course, a lot of these bets depend on which heroes the gamer will take. That is why it is best to make predictions in live mode.

The more famous and larger the bookmaker, the more choice of different rates will be available. In general, betting on esports is very interesting, especially for those who are familiar with the games and love them.

What is the best game for betting?

One cannot be singled out. It is best to choose the discipline in which you understand. Perhaps you have played some of the games and understand the rules well – that’s what you should choose.

What discipline is the easiest for a beginner bettor?

For a beginner bettor, you need to choose not a specific discipline, but a specific type of bet. These should be easy-to-predict outcomes with average odds. For example, if you bet on CS:GO, then it is quite easy to determine who will be the winner by map if you know which maps the team does not like.

Is it possible to make money by betting on popular games?

Any discipline in esports is full of surprises. There are teams that show good results all the time, but even they sometimes come second. Therefore, only long-term analysis will help you predict for more accurate results and stable earnings.