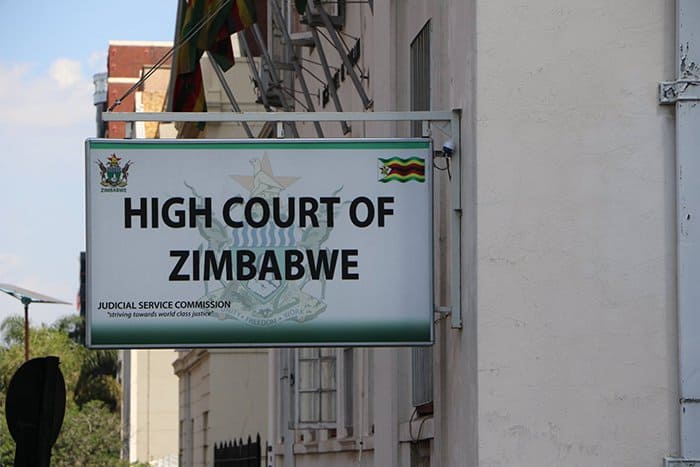 It also emerged that Justice Mushore failed to attend an inquiry led by retired judge, Justice Maphios Cheda, which was appointed by President Mnangagwa to investigate her suitability to hold office.

President Mnangagwa has since removed Justice Mushore from the office of Judge of the High Court following recommendations from a tribunal constituted in terms of the Constitution to inquire into acts of misconduct.

A source close to the tribunal said letters were sent to her last known address, inviting her to attend the inquiry, but no response was forthcoming.

“It was a rare case that the tribunal handled where a judge not only failed to respond or to make a plea but also did not attend. The tribunal took all necessary measures that were reasonably possible and available to make sure that the defendant was made aware that she was wanted to respond to the allegations that she was away without official leave,” said the source.

“It also emerged that there were partly heard cases that were not concluded. These incomplete cases will now be dealt with through the office of the Judge President and Registrar who will ensure that they are heard by other judges.

“This will not come cheap as it will come at a cost to parties involved. There are legal and other related costs such as preparing court papers.”

He said most of the issues will be handled by the Judicial Service Commission and the High Court.

“Yes, indeed, she sold one of the Government issued vehicles. We are not sure why she did so. She has left more than 90 incomplete cases.

“Justice Mushore did not attend the hearing despite valid notifications being sent to her. It was on that basis that the tribunal made recommendations that she is not fit to hold the office of a judge,” said Minister Ziyambi.

A fortnight ago, the President received findings of the investigation of Justice Mushore’s year-long absence from the Justice Cheda-chaired tribunal.

The inquiry was made in terms of the Constitution and completed its work before it reported to the President.

The setting up of the tribunal followed recommendations from the JSC this year that it be constituted to determine her suitability to hold office.

Before the matter was taken to the JSC, both the Judge President and Chief Justice battled to get an explanation from Justice Mushore.

Initially, when she was asked to explain her absence from work last year, Justice Mushore said she was unwell, but failed to produce a sick note.

She was appointed to the bench in 2015 from private practice where she was an Advocate of the High Court.

Justice Mushore, who was attached to the Family Law Court at the High Court, last reported for work mid-June last year.

Sources told The Herald that whenever the JSC sent representatives to her house, they were denied entry.Herald