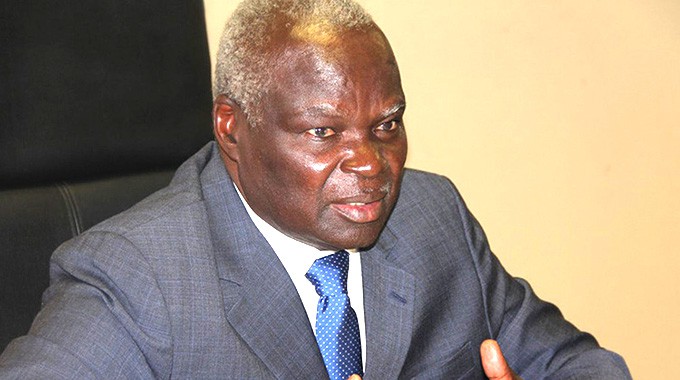 The local authority recently resolved to suspend the 30-year agreement for a month before the latest developments.

The local authority also disregarded Moyo’s initial order that council pay a US$1,5 million bill due to Geogenix BV for services rendered in May and June at the Pomona waste management energy plant.

Harare mayor Jacob Mafume at the time confirmed that the local authority had cancelled the Pomona deal, saying Moyo must go to court if he was unhappy.

“I can confirm that we cancelled the Pomona deal. We came to this agreement in the last meeting we had,” Mafume said in an interview.

“We are a council and we make our decisions. If they are unhappy they go to court. Once we make a resolution it’s binding and stands.”

But Moyo has written another letter forcing the local authority to pay.

Moyo’s deal is meant to take US$780,000 a month from Harare residents for just dumping rubbish at council’s own dump site. 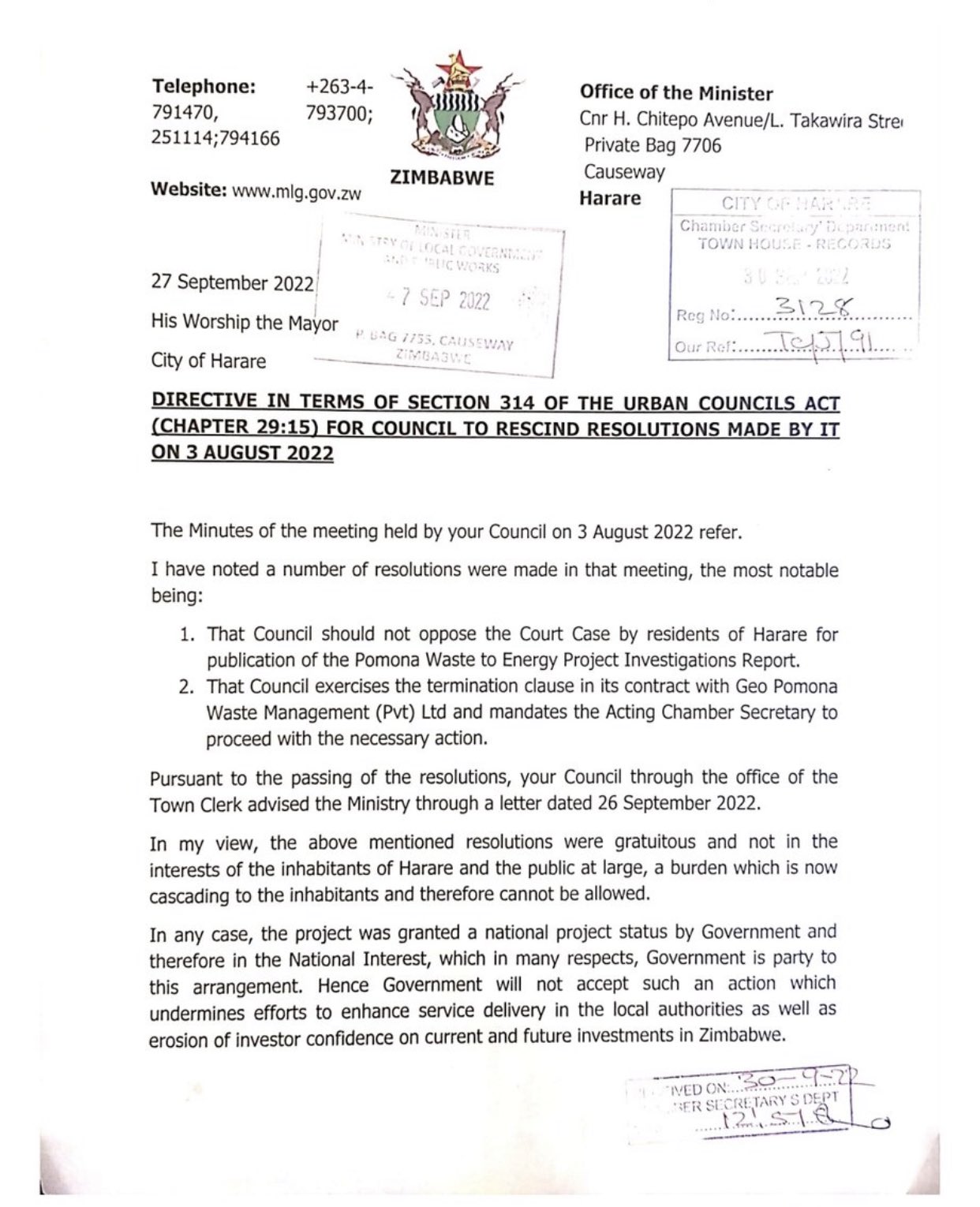 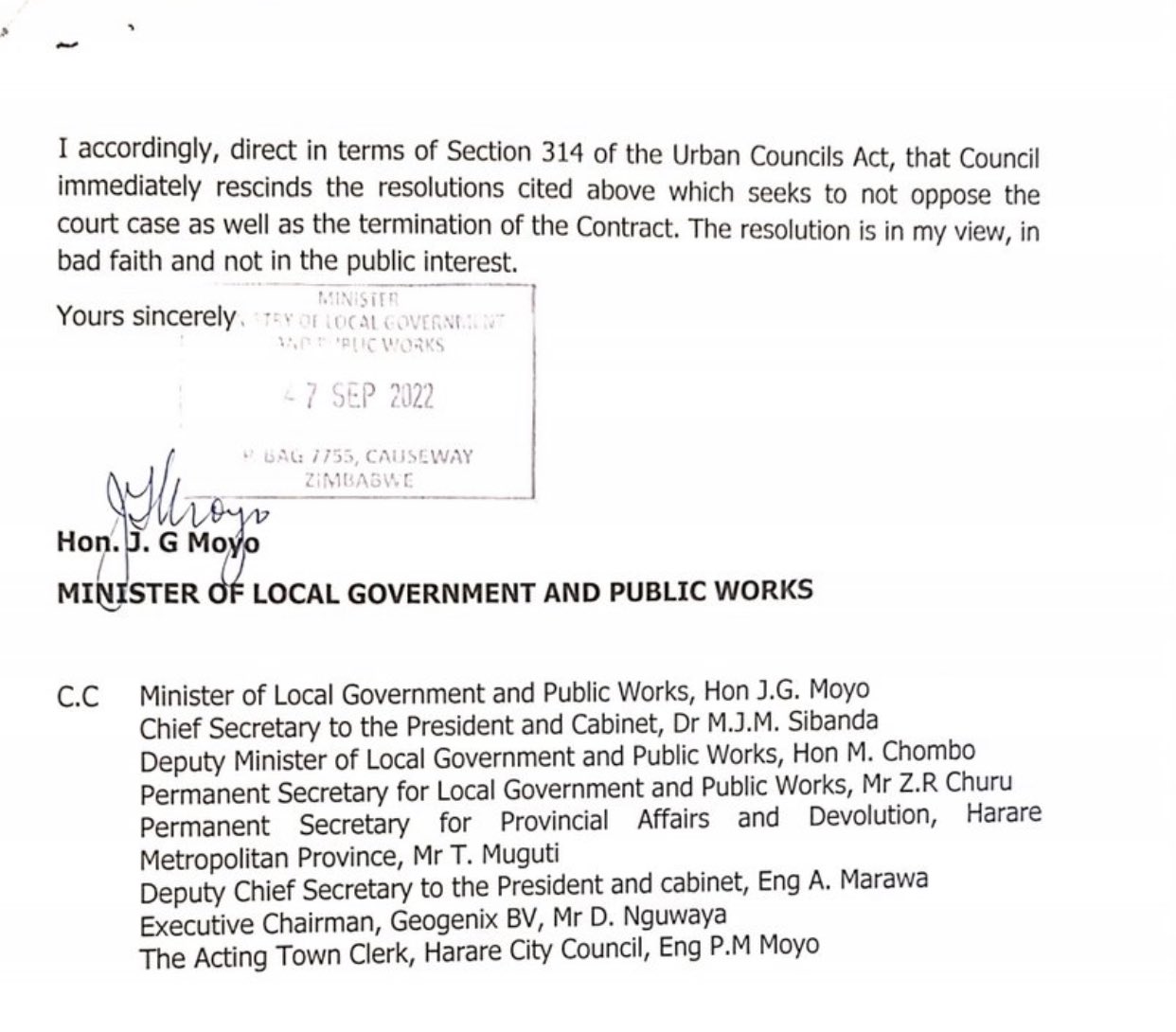