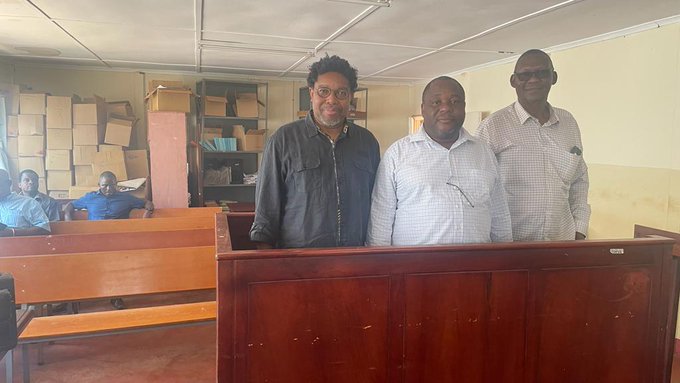 The trio are in the dock at the Magistrate Court in Tsholotsho; being criminalised as illegal occupants of their own farm, just to please Obert Mpofu who is bent on stealing the farm.

“Prosecution of Malunga, Dlamini and Moyo is a persecution: the State did not give them a notice to vacate the farm; the High Court is reviewing gazetting of the farm; Supreme Court ordered the trio to remain at farm pending High Court review; so the trio is at the farm legally,” he says.

His comments comes after Deputy Prosecutor General Michael Reza arrived at the Magistrate Court in Tsholotsho, all the way from Harare, to persecute Malunga, Dlamini and Moyo whom the State accuses of illegally occupying their own farm, which they bought way back.