I’ll not surrender my field to baboons, says Chamisa as he launches PREPARE 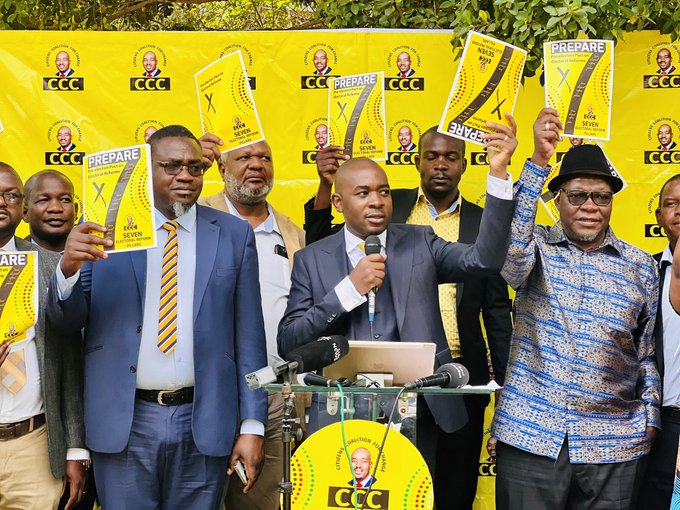 “We don’t boycott a national process, do you boycott your maize field when its invaded by baboons? We mustn’t let baboons take over,” he said.

Chamisa this afternoon launched a roadmap document for free and fair elections as the country gears for 2023 polls.

The document tagged PREPARE has seven demands by his party namely, 1. Respect for the right to vote 2. A credible voters’ roll 3. A credible realtime results announcement system 4. Intergrity of ZEC processes-personnel & polling materials 5. Political freedoms & access to state media 6. Security of the vote 7. Safety of the voter.

Meanwhile, the party says it has received news that one of its members in Nyatsime has been abducted and beaten up by alleged ZANU PF cadres.

“We have received a report that CCC member, Felix Biri has been kidnapped by Zanu PF members in Nyatsime this afternoon.

“He has been taken to a base where he’s being beaten by these thugs. Our security team is currently on its way to secure his release,” says the party.