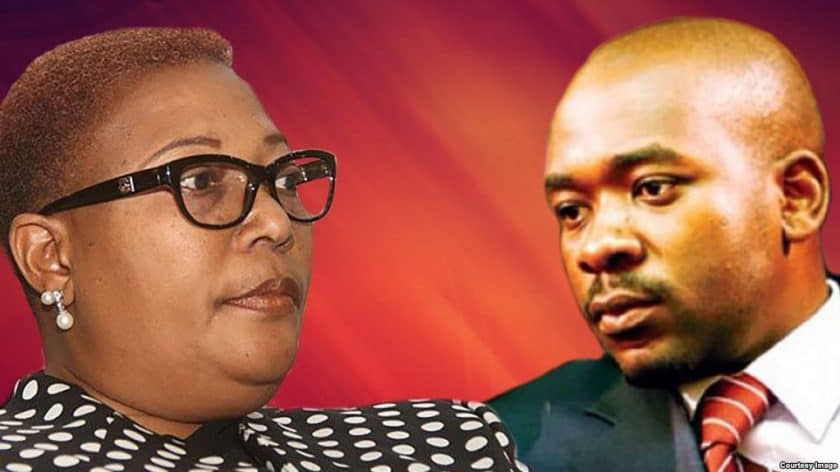 HARARE: The Supreme Court today ruled that Nelson Chamisa is not the legitimate MDC leader in a judgment that settles the leadership wrangle between the two foes.

The ruling follows an appeal by MDC-Alliance leaders Chamisa and Morgan Komichi challenging a High Court ruling in May last year which declared that Chamisa was illegitimately acting as the party leader.

During the appeal hearing last October, Dr Khupe who was being represented by Professor Lovemore Madhuku asked the Supreme Court to throw out Mr Chamisa’s appeal on legitimacy to enable her to hold an extraordinary congress and pick up the pieces.

The dismissal of the appeal must reinstate Dr Khupe as the leader of the Movement for Democratic Change.

The content & timing (in the midst of the #Coronavirus lockdown) of the judgment handed down this afternoon by the #Zimbabwe Supreme Court speaks volumes about the nature of our judiciary at present. Whatever the case Judges do not make leaders; the court of public opinion does.

Zimbabwean judiciary is an embarrassment!

Khupe has an MP in parliament and the judges say she is the President of a party with its own MPs.

This will teach the MDC what we have been saying that they should NEVER seek dialogue from Mnangagwa!

They need a different direction! pic.twitter.com/fz5LcWiq2U

This is clear evidence for the world to see how irresponsible Mnangagwa & his regime are.
When the whole world is trying to save lives whilst fighting the deadly Coronavirus, Mnangagwa is busy engaging in reckless agendas to fight @nelsonchamisa using a captured judiciary!
Tragic pic.twitter.com/lcce121Tu1