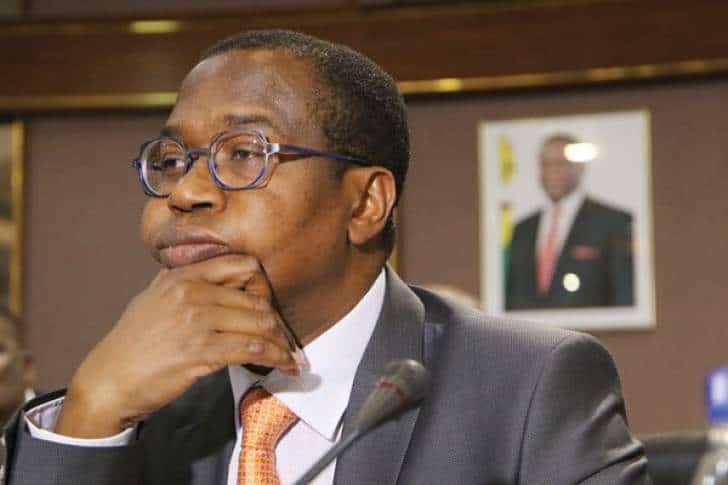 Responding to the second reading of the Finance Bill (Mid-term budget review statement) in Parliament on Tuesday, Biti suggested that the tax-free threshold be increased from the proposed ZWL$600, 000 to ZWL$4000, 000 per year.

“I rise to make contributions on the Second Reading of the Finance Bill that is before this august House,” said Biti.

“I want to make the submission with great respect to my learned friend, my esteemed friend, the Minister of Finance, that the general tone of all his Finance Bills is one that is targeted at trying to squeeze the water from rocks. So if you look persistently throughout the Finance Bill, there are increases in tax measures in an economy where the majority are unemployed and the majority are living in extreme poverty.”

He said Zimbabwe’s economy is prone to recessions and depressions hence his proposal.

“If you have an economy that is prone to depressions and recessions, you must encourage economic activity to rise out of stagflation by creating disposable income for the citizens.

“Regrettably, the Minister does not do that in this Finance Bill. I want to start Mr Speaker Sir, with the issue of the proposed increase in the tax-free bracket from ZWL$300 000 to ZWL$600 000 annually.”

Biti further explained: “If you divide ZWL$600 000 by 12 months, you get an income of ZWL$50 000. Fifty thousand RTGS hardly buys anything. The consumer price basket for a family of six in Zimbabwe right now is US$300.

In this inflationary environment, Biti said, the tax-free threshold of ZWL$50 000 per month does not help or cushion anyone.

“The same applies to the upper tax threshold,” said Biti.

“The net effect is that the average Zimbabwean, poorly paid as he is – because he earns slightly above the minimum salary, will end up being overtaxed by the extent of 40%.

“I urge the Minister to review both the minimum tax entry of ZWL$600 000 and the maximum tax entry before the punitive rate of 40% to increase the amount so that there can be a real benefit to the people of Zimbabwe.”