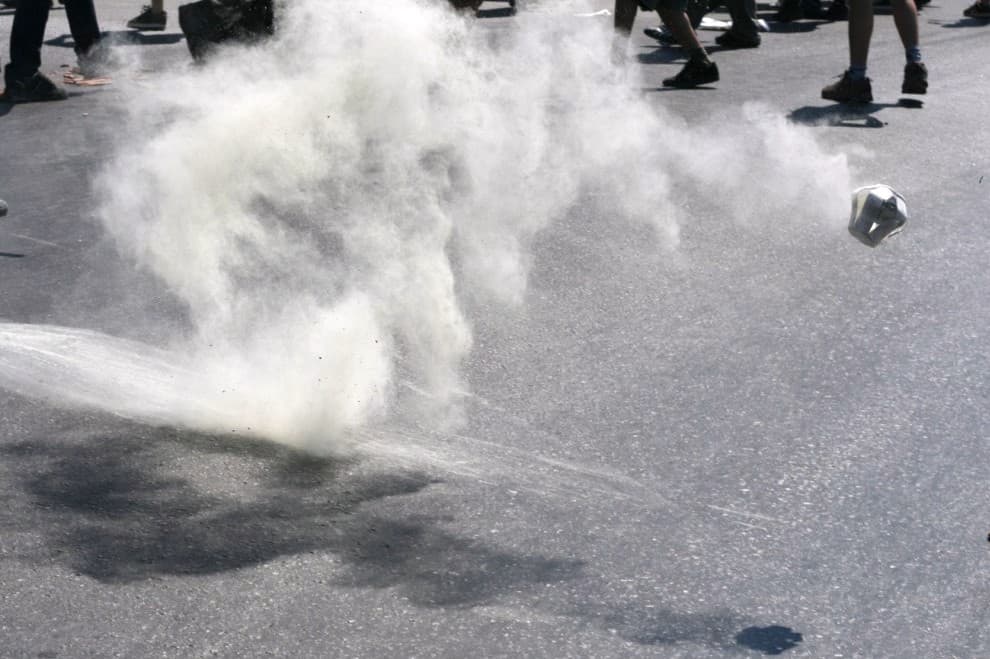 Great Zimbabwe University (GZU) students at Mashava campus today forced lectures to be suspended after they ran riot, demonstrating against ‘poor’ management and lack of key resources at the institution.

The students complained against erratic electricity supply, unsafe drinking water, no fixed bus time table, poor quality food, shortage of books in libraries and a sudden increase of fees among many other grievances.

They also accused Vice Chancellor Professor Rungano Jonas Zvobgo and his management team of lacking interest in addressing the shortage of key resources at the higher learning institution.

“We heard that Prof Zvobgo has given someone a tender to construct a durawall right round the whole Mashava campus but we do not have Wi-Fi here. How are we going to research? We are cannot continue tolerating this kind of poor management and misplaced priorities,” said one student.

Students blocked, with stones and logs, all roads to Mashava campus, looted food and burnt GZU flags as they demanded better learning facilities and conditions.

Police armed with teargases and button sticks had to intervene to disperse the highly-charged students.

Students said they were prepared to go back home until these issues were addressed by none other than the Vice Chancellor himself.

Others blamed the police of sparking the violence that saw a shop that sells GZU regalia and insignia being looted bare. The dining hall was also broken into, and students made out with braai packs, bread and other foodstuff.

“It was all peaceful until overzealous police officers arrived and started firing teargas senselessly. They are responsible for the damage at the dining hall,” said one student.

Other students said the university was taking them for granted and they were prepared to fight to the very end, claiming Mashava campus has never been a good place for students as university authorities have always wanted it to appear.

“I am in my fourth year and honestly speaking, things have never been well here. They paint a picture of a well-organised campus but it’s all false. The Wi-Fi connectivity is fake, the water is very bad and we always have to fight for the few furniture pieces at the learning centre,” said one female student.

“We are prepared to fight for our rights because we are paying a lot of money here.  They are hiking fees willy-nilly but they are not addressing key issues like the extremely poor Wi-Fi network, stinky water, insufficient books in the library and bad food in the dining hall,” said another.

“It is now more than two months into the new semester yet we still don’t have Wi-Fi, as forth year students, we are doing our dissertations and the time is almost up yet the university is doing nothing,” another student.

Prof Zvobgo could not be reached for comment as his mobile was not reachable by the time of publication.