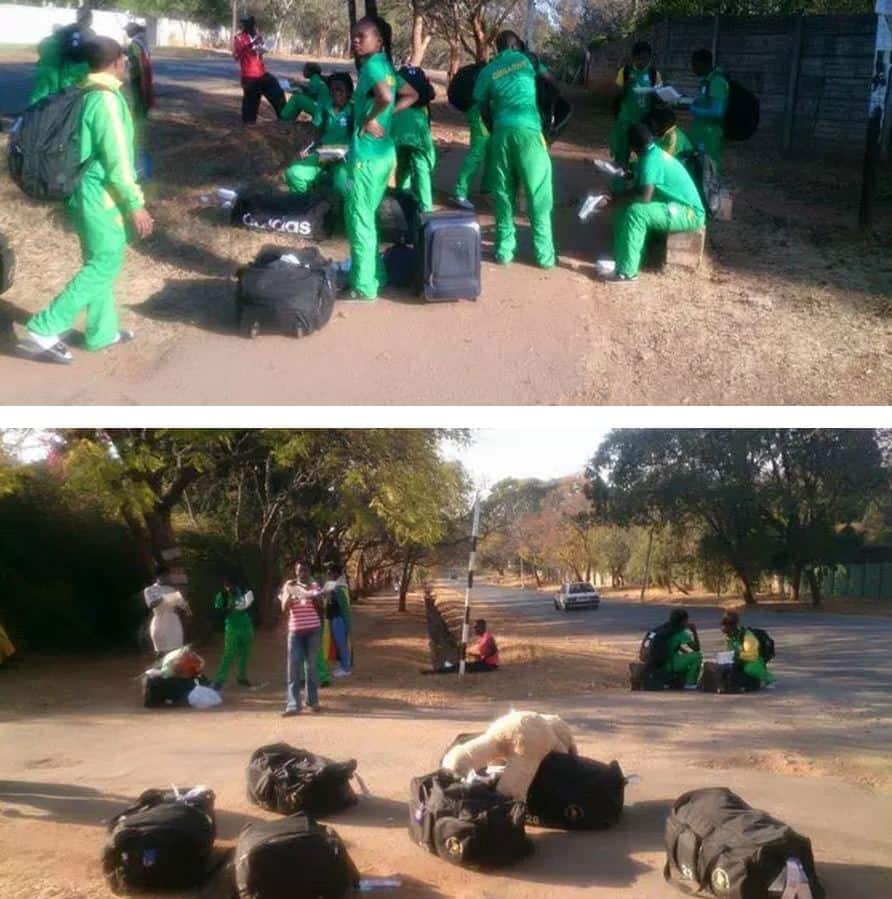 Zimbabwe Women Football Team got the shock of their life when they returned home only to find little appreciation from home fans.

The soccer ladies returned home on Friday from Brazil and their nightmare began the moment they touched Harare International Airport.

With no official to welcome them, it was a sad sight to see members of the team struggling to load their luggage on the roof of a small school bus hired by the Olympics Committee of Zimbabwe.

From the Airport the Zimbabwean team was taken to Chicken Inn  where they were each given a dollar and told to go home and relax.

Later they were denied entry at a local Zifa lodge where they waited in vain for Olympic Committee officials to come and talk to them.
Well wishers bought the Mighty Warriors lunch. Their first food after returning from the Olympics.

The football ladies then had to find kombis to go home before Harare rash hours.