According to intelligence sources and security officials inside the South African National Defence Force (SANDF), who spoke to this pubication in confidence this week, the South African presidency in Pretoria and some senior leadership elements from the African National Congress (ANC), are reportedly keen to see VP Chiwenga taking over power from Mnangagwa, albeit on a transitional political national scheme before the July 2023 presidential and parliamentary elections, in a bid to fix Harare’s political and economic woes.

It is also coming to light, for the first time, that the recent ANC delegation trip to Zimbabwe to meet with their Zanu PF counterparts over the country’s worsening political situation, was in fact a symposium highly orchestrated in the shadows by the South African military leadership, thought to be in sync with VP Chiwenga’s rise to power across the Limpopo. 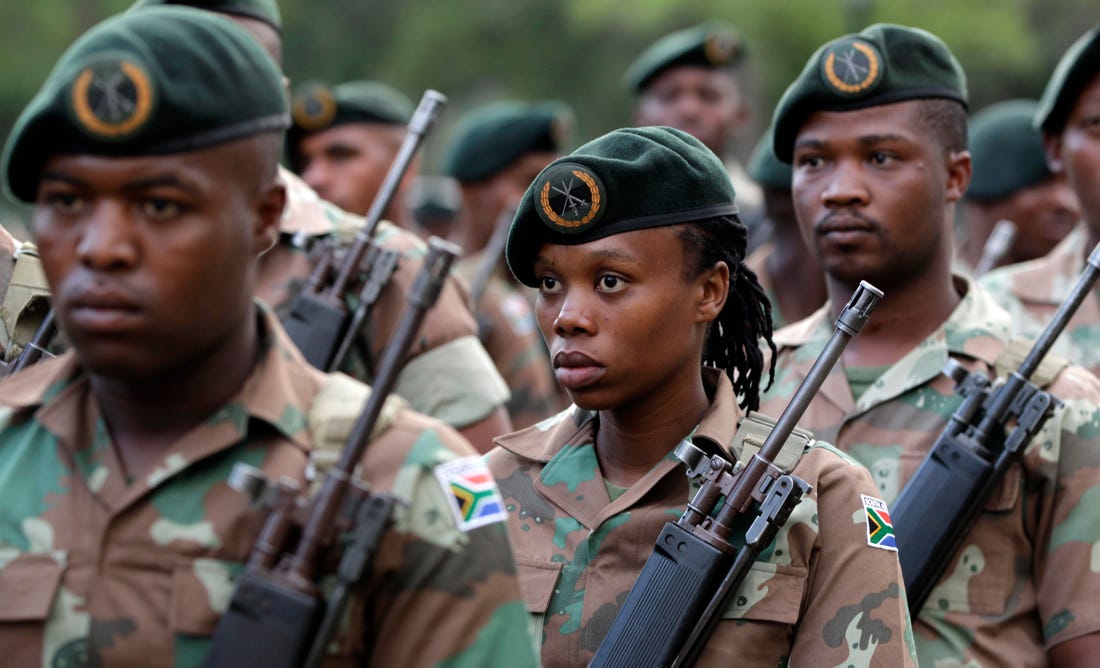 “Why is there an outcry here in SA (South Africa), over the use of an Air force jet by the ANC delegation to Harare in recent days,” said a top presidency official in Pretoria over the phone.

“It has nothing to do with the ANC’s perceived abuse of state resources, because they have said the party is going to reimburse government for costs incurred during the trip to Harare. What many people fail to comprehend, is that South Africa’s defence minister Nosiviwe Mapisa-Nqakula was travelling to Zimbabwe, to meet her counterpart Oppah Muchinguri on a classified mission, and that the ANC delegation happened to join her on board ostensibly to deal with the unique lockdown circumstances in place, but there’s more to it than meets the human eye. The whole trip and ANC delegation visit, we can safely say was a military backed trip, and that our military is definitely on your vice president’s side. Join the dots together, Muchinguri is not just defence minister, but is also the Zanu PF chairperson?”

Below is a key fact sheet on the latest developments, as availed to us by South African and Zimbabwean government sources:

*South Africa’s ANC is allegedly calling for a reformed Zanu PF, led by VP Chiwenga on a 3 year transitional administration basis until July 2023.

*Pretoria said to be convinced that a transitional government is the only way to solve Zimbabwe’s current crisis, while by default curing the 2017 army putsch that overthrew President Robert Gabriel Mugabe.

*Rwanda President Paul Kagame, has surfaced as a favorite statesman to mediate in Zimbabwe, with the said closet support of the United States.

*ANC does not want Zimbabwe to be hauled before the United Nations Security Council, as some world governments are believed to be planning. VP Chiwenga is thus being touted as an interim leader, charged with stabilizing Harare and implementing political reforms needed for free and fair elections in July 2023.

*South Africa President Cyril Ramaphosa, is believed to be in favour of a pardon on President Emmerson Mnangagwa, when VP Chiwenga takes over the reins of power.

*ANC strongly reported to be in favour of one of the G40 members living in exile in South Africa, to become Zimbabwe President in 3 years time.

*South Africa’s government will not agree to extraditing exiled former G40 members much to Mnangagwa’s headache.

Ginimbi’s WILL revealed, His father “only given 10% because of his attitude”

EXPOSED: Is This How Ginimbi Genius Kadungure Made Himself A Millionaire?

How BROKE Ginimbi milked Gutu woman dry, Ran away to start business with her money

Moana’s burial cancelled as divorced parents fight for her body

Ginimbi’s Family Accepts WILL, Sisters Get 90%, Kadungure Father Only 10%…Zero Control of Business..DETAILS