How Mnangagwa tortured Majonga over girlfriend, left him on wheelchair 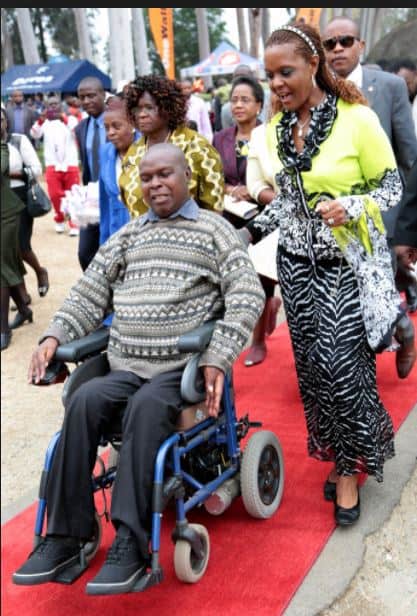 Higher and Tertiary Education minister Jonathan Moyo told the Zanu PF politburo that Vice-President Emmerson Mnangagwa was allegedly behind the torture of a rival suitor, who was left disabled, a video presented at the crunch meeting has revealed.

A fortnight ago, Moyo was given the platform by Mugabe to prove his allegations that Mnangagwa was plotting against the 93-year-old ruler.

Moyo arrived in the politburo with three smart boards, and for more than 70 minutes, the room fell silent as an elaborately-produced video played in the room — a catalogue of Mnangagwa’s alleged crimes against the party and government, insiders said. 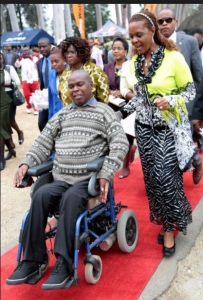 Mnangagwa, Moyo claimed in the video, had assembled a team of at least 482 dedicated foot soldiers around the country who were advancing his “successionist” cause.

However, the bombshell arrived when he accused Mnangagwa of forcing a prominent former journalist, Godfrey Majonga, who was allegedly dating the same woman as him — to either sit on a hot stove or jump off the second or third floor of a building.

A politburo source said: “Moyo said that although the journalist, who chose to jump and was paralysed for life in the process, had not reported Mnangagwa to the police fearing for his life, the public expects that even after so many years, justice must be served or must be seen to be done because nobody is above the law.”

The man now moves with the aid of a wheelchair.

Moyo allegedly charged that “a person that is known for threats and intimidation and forcing a man to choose between jumping from the third floor of a building or sitting on a hot stove does not represent the nature and character of our party, Zanu PF.”

Mugabe asked Mnangagwa if he would like to respond after the video was played.

However, Mnangagwa was dismissive of most charges brought by Moyo, the sources said.

The well-planned assault on Mnangagwa appeared to be the first salvo of a well-coordinated attack followed up by first lady Grace Mugabe on Thursday, who compared Mnangagwa to the Biblical Adonijah, who installed himself king even before King David had died.

At a Zanu PF rally in Chinhoyi yesterday, youth league boss Kudzanai Chipanga compared Mnangagwa to a donkey that mistook adulation for Jesus, whom it was carrying, for its own fame. the standard