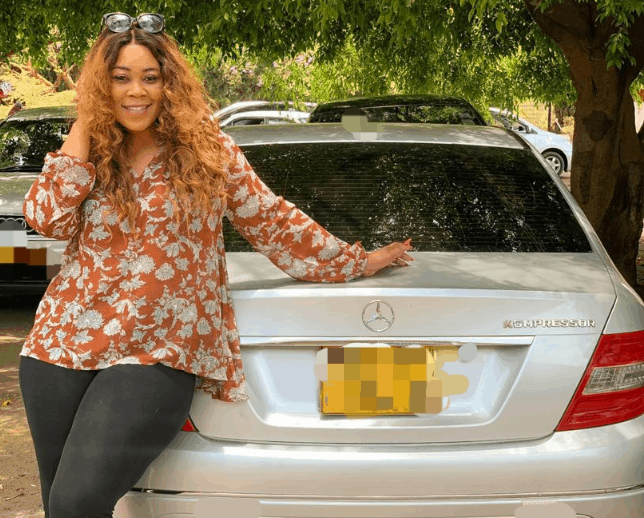 Madam Boss was yesterday involved in an accident a few kilometres outside Norton.

She had to be transferred to Parirenyatwa Group of Hospitals  from Norton  Hospital after complaining of chest pains after the crash.

Chikocho, who was in the company of her friends, was on her way to a concert in Kadoma that was headlined by South African musician Makhadzi.

It is not yet clear who was driving the Land Rover Discovery vehicle, when it veered off the road and crashed into a tree.

“We can confirm that Madam Boss was involved in an accident close to the Norton Tollgate in the morning.

“They were seven in the vehicle. It veered off the road and hit a tree,” said Asst Comm Nyathi.

The crew was taken to Norton Hospital after the crash.

“Madam Boss was complaining of chest pains and had to be referred to Parirenyatwa Group of Hospitals in Harare,” Asst Comm Nyathi added.

Efforts to reach Madam Boss or her team were unsuccessful.

Her manager, Fanuel Masunungure, did not respond to questions sent by The Sunday Mail.