Did You Know|| The Ethiopian Bible is the Oldest, Most Complete and Original Bible On Earth 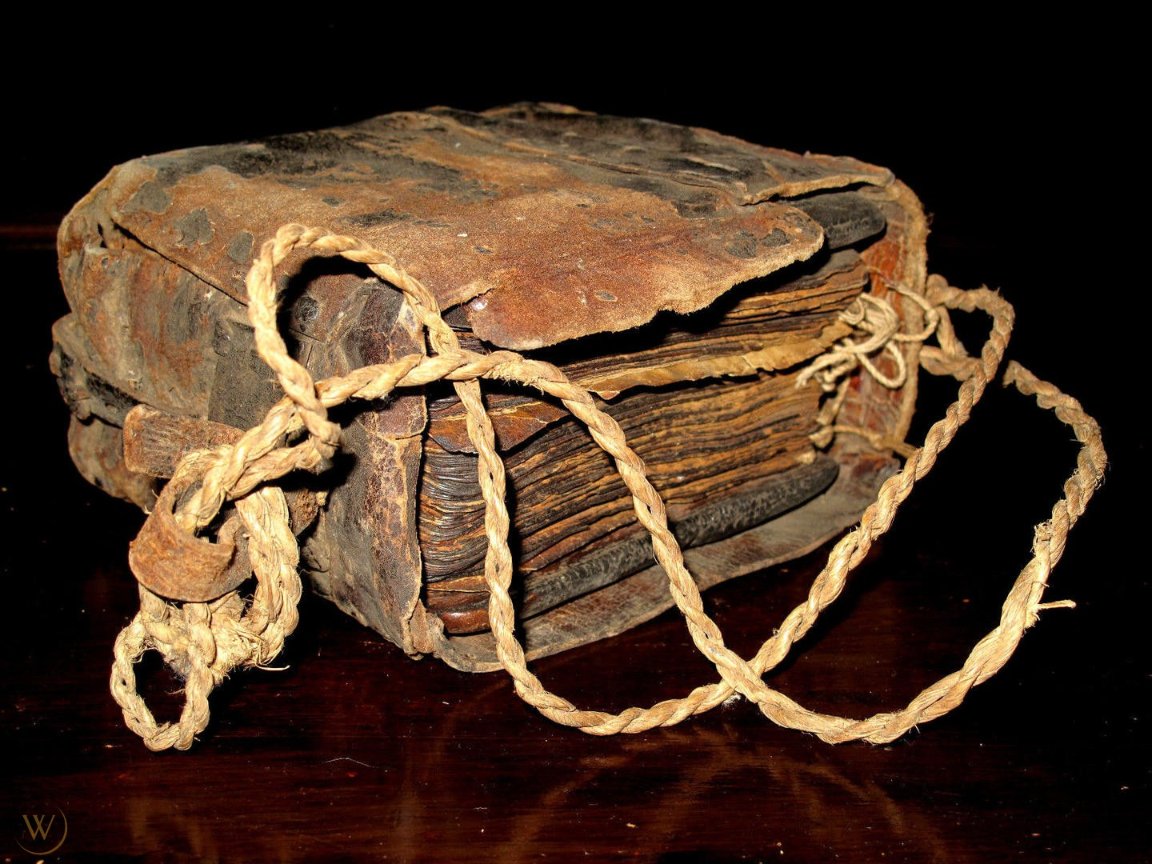 The Ethiopian bible is the oldest, most complete and original bible on earth. Written on goat skin in the early Ethiopian language of Ge’ez. It is also World’s first illustrated Christian Bible.

The Ethiopian bible dating analysis dated Garima 2 to be written around 390-570, and Garima 1 from 530-660. During the Italian invasion fire was set in the monastery in the 1930s to destroy the monastery’s church nevertheless the Bible survive.

The original Christianity of Egypt was established by the apostle Mark in AD 42 in Ethiopia (Coptic Church–Coptic Orthodox Christianity) where it spread to Europe and some part of Asia. Today We have been told Christianity came from Rome.

The Catholic Church begin with the teachings of Yeshua (Yehōshu’a) who lived in the 1st century CE in the province of Judea of the Roman Empire. 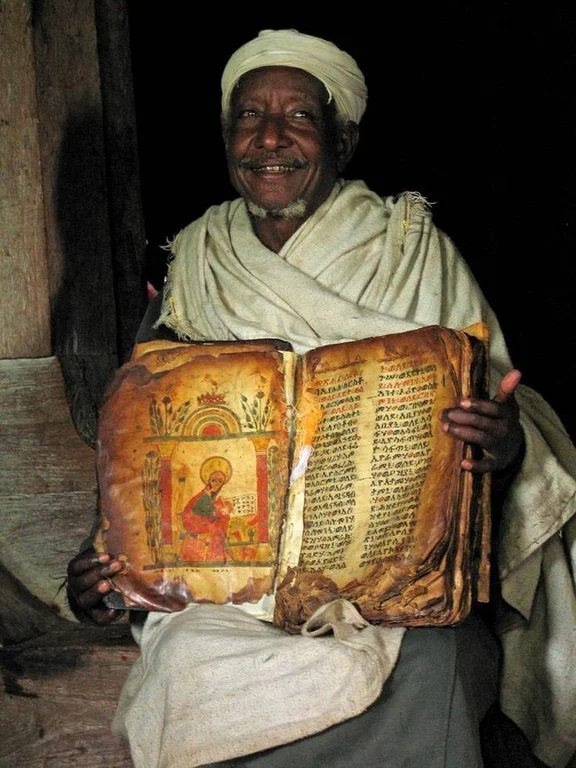 Meanwhile by AD 313, the Roman Empire Catholic Church faced persecution and christianity was not openly practice, the Coptic Orthodox Christianity was flourishing in the Aksumite Empire now in Ethiopia.

Church of Our Lady Mary of Zion Axum Ethiopia, houses the Ark of the Covenant, bears a design similar to that of Eastern Orthodox churches in Europe. Its most recent building, reconstructed in the 1950s, has a dome similar to the Hagia Sophia in Istanbul. It is heavily guarded.

Lalibela is a holy town most famous for its churches carved from the living rock, which play an important part in the history of rock-cut architecture. Its buildings, built in the 11th and 12th centuries, are considered symbolic representations of biblical Jerusalem. 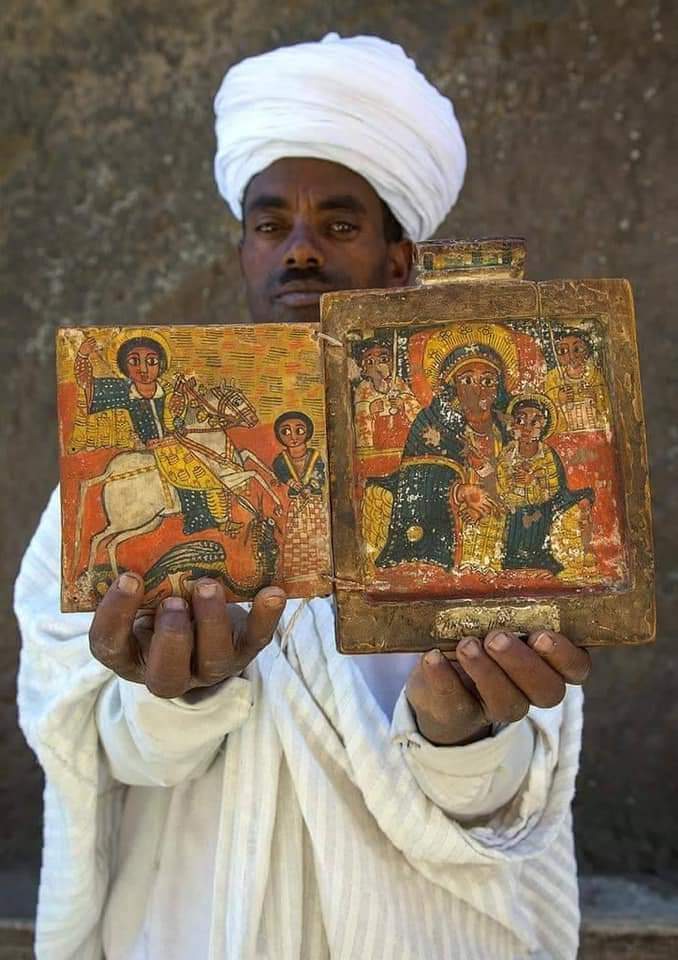 For early Christians, the risk of persecution from the Romans sometimes ran high, forcing them to practice their beliefs in private, posing a challenge for those scholars who study this era.
The King James Version Bible New Testament which is said to be translated from Greek, and the Old Testament from Hebrew and Aramaic, and the Apocrypha from Greek and Latin, All were originally translated from the Ethiopian bible.
Original Greek Bible was written around AD 1500.
It is also known that Ancient Afrikans of Old Egypt (Kemet) studied this bible in their temple which was known as the “The Book of the Coming Forth by Day and Night“. The original Bible was produced by Black Afrikans approximately 3,400 years.
Before the Old Testament and more than 4,200 years before the New Testament, and countless versions of it have been written and published. Different scholars also translated the bible to their local languages during their studies in Kemet.

Famous well known Greeks (Europeans) whom we study their history and writings, studied at the feet of Ancient Egyptian (Kemet) scholars along the Nile Valley, Kemet. Philosopher Plato was a student at the Temple of Waset for 11 years.
Also, Aristotle was a student there for 11-13 years. Socrates spent at least 15 years at the same temple; likewise, Euclid studied for 10-11 years at the same temple, Pythagoras spent 22 years there.
Ancient Scholars in Egypt began keeping records as far back as 4000 to 3000 BC.
Hippocrates studied there for 20 years, plus a host of other little known Greeks who matriculated at Waset, among whom are Diodorus, Solon, Thales, Archimedes, and Euripides.
Greek scholar, St. Clement of Alexandria, once said that if one were to list out the names of all the Greeks who studied under Egyptian tutors, a 1,000 paged book won’t be enough. Even Herodotus mentioned it, same with Plato and Aristotle.
The truth is that it took at least 40 years to graduate from Waset, meaning none of the Greek scholars mentioned above even graduated.
Till date most European languages even the Current Hebrew language can’t give a direct meaning to all biblical names in the Bible on any translated version as most of the names are of African tribal derivatives.

“The reason you don’t hear about the Aramaic or Syriac versions or Ethiopian is that people want the paganized versions which the Greek translated, not the Truth and anything that might contradict today’s paganized English version based on the paganized Greek version“… Mini.