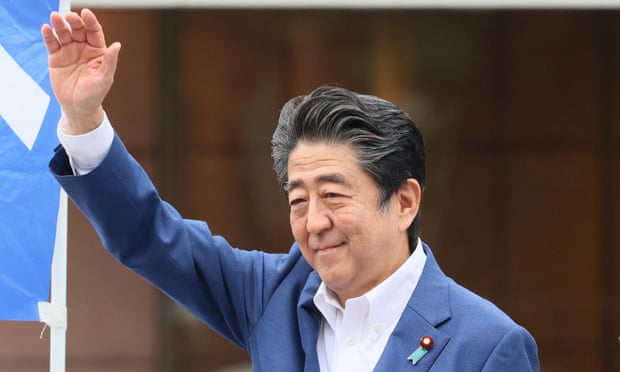 Former Japanese Prime Minister Shinzo Abe has been shot while campaigning for a national election, with reports saying he was shot from behind by a man with a shotgun.

It is reported he fell to the ground bleeding after he was shot and was rushed to hospital.

Abe was the country’s longest-serving premier until he resigned in 2020.