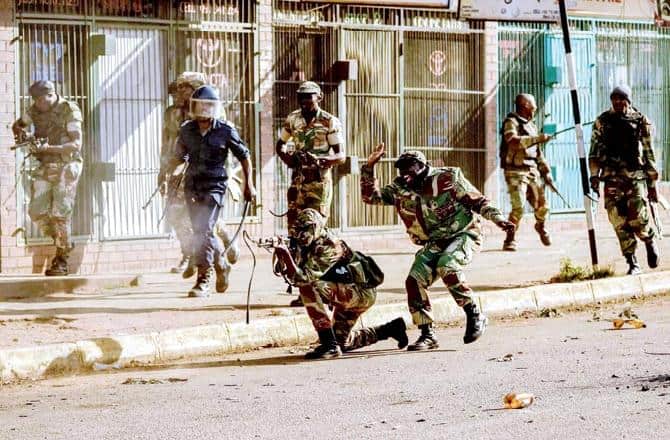 Zimbabwe today remembers the 1 August 2018 killings, when a sombre atmosphere engulfed Harare after the army opened fire at unarmed fleeing demonstrators in Harare after post-election protests over poll results.

On the day, Zimbabwean soldiers and police reportedly used ‘unjustified and disproportionate’ force and killed 6 people during election protests.

The protesters demanded the release of election results after what they said was unnecessary delay.

However, the government of President Emmerson Mnangagwa disowned the kind of harsh action by security forces saying the killings were an act of a third force.

The sharp criticism of the military and police resulted in a commission of inquiry being instituted led by former South African President Kgalema Mothlante.

His report made a number of recommendations including the compensation of the victims which Harare is accused of not following.