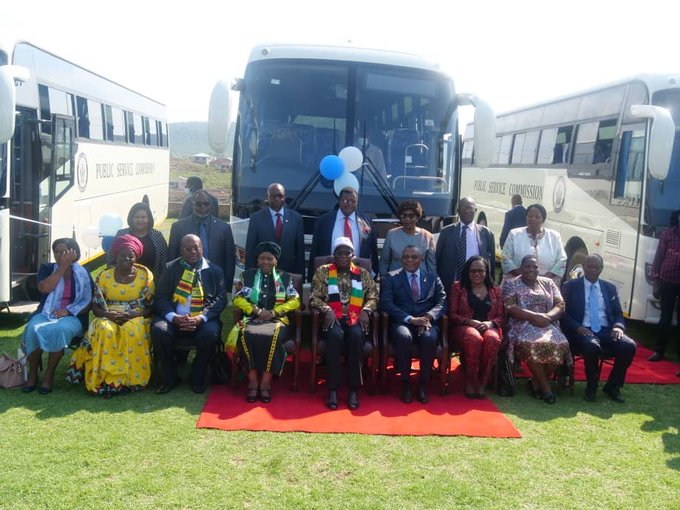 President Emmerson Dambudzo Mnangagwa says he has been told by ZANU-PF chairpersons not to give buses to urban areas because the people there are MDC supporters.

Mnangagwa made these remarks at Pelandaba Stadium in Gwanda when he handed over buses to be used by civil servants based in rural areas.

He said he had planned to give the buses to urban areas, but he was told by his party chairpersons that he should instead hand them to rural areas where his supporters are.

“We have given buses particularly to urban areas and the chairmans said where you are giving buses are MDC supporters why not give the rural areas where you get your votes,” said Mnangagwa.

Apparently, Mnangagwa had to hand over the buses to civil servants based in rural areas as his party chairpersons had told him.

“These buses are for civil servants here in rural areas.

“These buses will be administered by local leadership. We hope they will be kept well. The buses being distributed today are 18.”

“We are sanctioned because we chose to be Zimbabweans. We had to take our land back and the British were not happy and they imposed sanctions on us.

“We then said we must not cry but look outside the box for internal solutions brick upon brick we are building our resources,” he said.