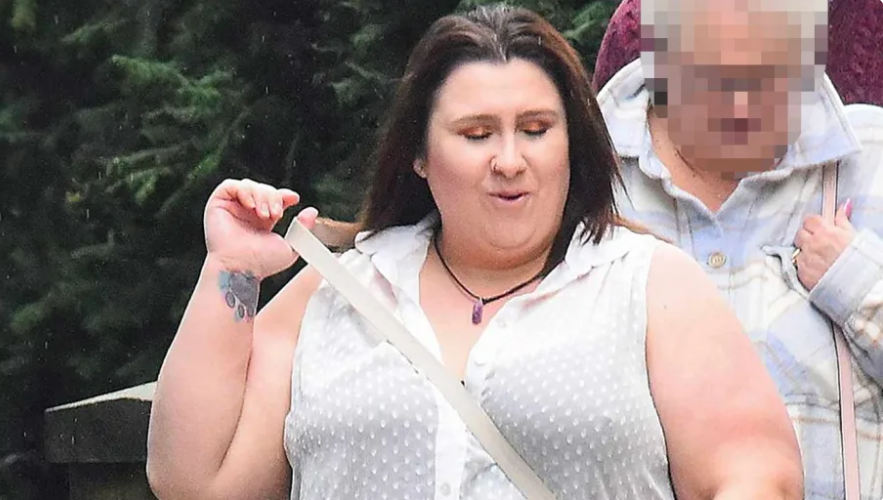 Image solent: A British woman wept as she was cleared of forcing a man to have sex with her after claiming she was too “lazy” to go on top.

Imogen Brooke, who weighed 24 stone at the time, allegedly pinned the man down after a date at her home in Southampton.

She reportedly told the man during the alleged attack: ‘You may be saying no but your d!ck is saying yes.’

But Brooke was found not guilty of causing a person to engage in sexual activity without consent after insisting the pair had just kissed before her date fell asleep.

She told the jury she never would have got into the position the complainant described because she was too self-conscious.

Brooke said: ‘I’m not comfortable with my body, because I’m bigger than most people.
I’m a big girl and I’m not confident of my weight, or any part of my body.’

She told the court that on the night in question, the two had returned to her flat.

The college student recalled: ‘I let Lexi my dog out, put some onion rings on and put the TV on because that’s what I usually do – and because I like food, especially when I’ve drunk.

‘We sat on the bed, and we were kissing and that’s when the love-bite happened.’

She told the court that after they kissed, she went to check on the food, during which time her alleged victim fell asleep.

Defending, Audrey Archer asked whether she had tugged at the man’s arm to get him to lie on his back in the lead up to the alleged assault.

She replied: ‘No, I’m not Superwoman.’

Asked whether she had sat astride the complainant for 15 minutes like he alleged, she said: ‘No, 15 minutes on top, I wouldn’t – I’m very lazy. I had no sex on top for any duration.’

In her closing speech to the jury, Ms Archer said: ‘If a man is going to accuse a woman of forcing him to have sex, is he going to suggest [a position] whereby he was behind her?

‘Is he going to suggest one where he is on top of her? That isn’t going to add up or make sense with an allegation of forced sex.

‘The only position a man could suggest a woman was in if he was going to suggest he has been forced to have sex with her is one whereby she would have had to be on top of him.’

Judge Brian Forster KC said to the jury: ‘I promised you an interesting trial – I hope it has been just that.’