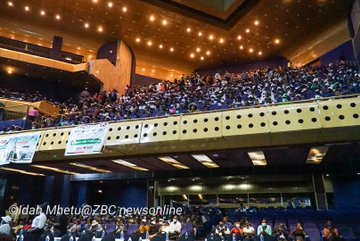 Chants for ED Pfee could be heard as the teachers, who were reportedly commandeered and frog-marched to attend the indaba welcomed the Zimbabwe President to the auditorium.

The Teachers for ED is a shadowy union reported to be championing President Mnangagwa’s re-election bid ahead of the watershed elections to be held next year.

After he controversially beat Nelson Chamisa (then with the MDC-Alliance) in  the disputed 2018 elections, Mnangagwa is expected to face an equally volatile electoral contest against Chamisa, who is now with the newly formed Citizens Coalition for Change (CCC) party.