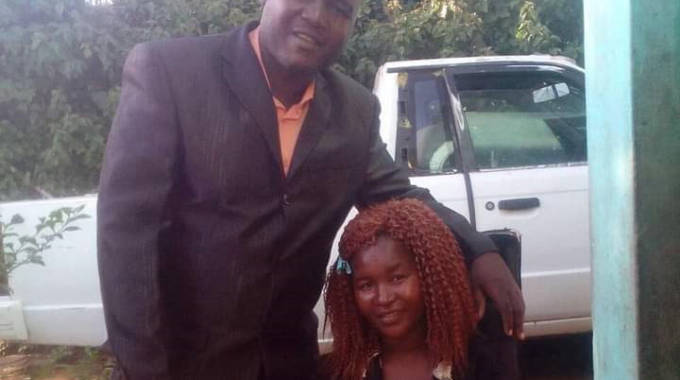 A CHECHECHE Growth Point-based prophetess, Lindiwe Mkwananzi of Later Glory Church is locked in a messy divorce with her husband of 16 years, Mr Jacob Lunga.

Prophetess Mkwananzi (39) who commands a huge following at Checheche Growth Point in Chipinge South has filed for divorce at the Masvingo High Court, intending to void her marriage with the father of her three children and Chiredzi-based artist, Mr Jacob Lunga.

The two were legally married in terms of the Marriage Act, Chapter 5:11 in 2006 and the marriage still subsists.

According to the papers of declaration which were filed by Prophetess Mkwananzi at the High Court, she said she wanted to cancel the marriage because there is no hope of resuscitating it.

“The marriage has irretrievably broken down to an unsalvageable point. There are no reasonable prospects of resuscitating a normal and working marriage.

“There is no longer love and affection between us, and we have not shared conjugal rights since December 2018,” said Prophetess Mkwananzi.

However, Mr Lunga is refusing to sign the divorce papers, arguing that his estranged wife submitted fake copies to him in order to fast-track her marriage with former Chipinge and Chimanimani Senator, Tobias Matanga.

“My wife is having an affair with Mr Matanga and they have been dating for years. I learnt of their relationship from my colleagues from Checheche when I left for Chiredzi.

“My wife as a prophetess used to meet Mr Matanga privately for healing sessions since she was praying for him for an undisclosed ailment. As the church, we decided that she could not pray for him publicly since he is a respected man in the society.

“That is when the relationship started and I have not enjoyed peace up to this day,” said Mr Lunga.

In a telephone interview on Tuesday, Prophetess Mkwananzi refuted all the allegations levelled against her by Mr Lunga.

She said her husband was abusive and was sick and tired of the abuses, hence the divorce.

“My husband is very abusive and that is why I am filing for a divorce. I don’t know why he is stalking me since he is the one who moved out of our matrimonial home. He is already married and should let me enjoy my freedom.

“He is lying that I am dating my clients. As a church leader, I mix with a lot of men and he confronts every man I assist.

“I am not dating anyone since I am still being bonded by our wedding. Once I finish the divorce process, I can’t stop dating and marrying someone else,” she said.

“Lunga is a funny man. He calls me several times alleging that I am having an affair with his wife. I never dated his wife. I used to visit Prophetess Mkwananzi for healing purposes only. He only wants to tarnish my image. I challenge him to come to my farm where I am staying and see if I am staying with his wife,” said Mr Matanga