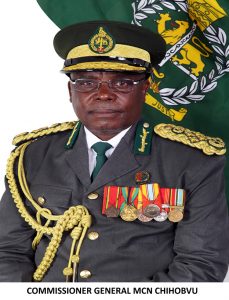 ZPCS is constitutionally mandated to protect society from criminal elements through the incarceration and rehabilitation of convicted persons and others who are lawfully required to be detained and their reintegration into society.

The bottom line being to incarcerate and rehabilitate offenders with the view to preparing them to live as productive and law abiding citizens within the society, and upon their discharge from prisons and correctional institutions.

In light of this mandate, the organization has been transformed over the years.

Most notably, following the promulgation of the new Constitution of Zimbabwe Amendment Act (No. 20) in 2013, the Department was rebranded from the Zimbabwe Prison Service to the Zimbabwe Prisons and Correctional Service which change speaks more to rehabilitation than retributive.