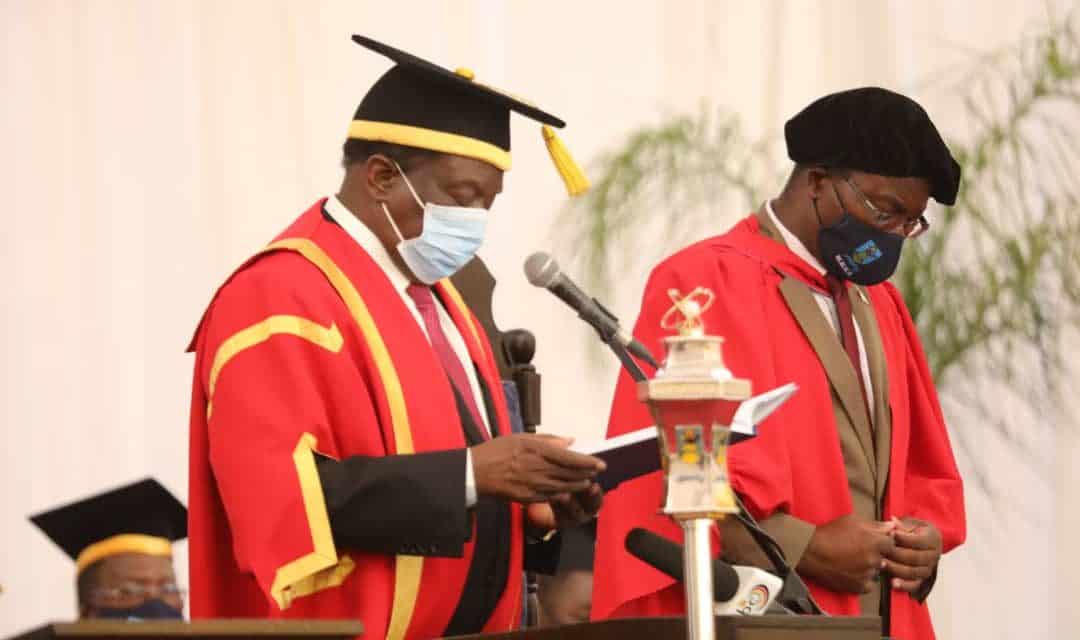 This morning, President of the Republic of Zimbabwe Dr Emmerson Dambudzo Mnangagwa will preside over the 18th graduation ceremony of Chinhoyi University of Technology (CUT) in Chinhoyi.
The President is the Chancellor of all state universities.
CUT started as a degree program that was established under the auspices of the University of Zimbabwe (UZ) in 1999.
It was established as part of the recommendation of the Chetsanga Commission to devolve Chinhoyi Technical Teachers College and other similar colleges into degree granting institutions.
This process saw the birth of the Chinhoyi Degree programmes offering two degree programmes that is, Production Engineering and Hospitality and Tourism.
The Chinhoyi Degree programmes operated under the University of Zimbabwe from 1999 to 2001 when Chinhoyi University of Technology was established through the Act of Parliament number 15.
At the helm like all Universities was his Excellency the President of the Republic of Zimbabwe Comrade Robert Gabriel Mugabe and leading the administration was Professor Charles Muchemwa Nherera who was appointed as Acting Pro Vice Chancellor to run the degree programme and develop the institution into a fully fledged University.
The Chancellor and Vice Chancellor were installed on 23 November 2003 at a ceremony that was witnessed by many from all corners of the country.
As a University, a transitional concept paper was prepared. The main focus of the paper was to upgrade the former college programmes into Chinhoyi University of Technology diploma programmes and further the relevant academic regulations.
The transitional concept paper also outlined how the former college staff was to be absorbed by the University. The University conducted audits in all departments and subsequent to this exercise, advertisements were nationally flighted.
University selection processes and procedures were instituted in a fair and transparent manner.
The university was also handed over relatively good infrastructure by government. The university also adopted the HEXCO and DTE students.