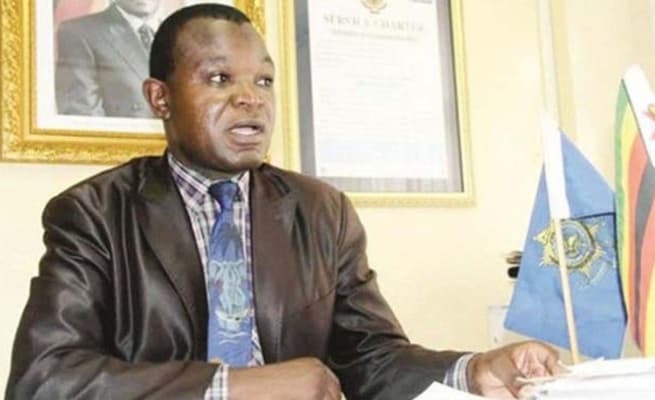 The Zimbabwe Republic Police (ZRP) has reported the arrest of Gift Sabata in connection with the murder and armed robbery cases in Bulawayo.

In a statement, national police spokesperson Assistant Commissioner Paul Nyathi said Sabata was arrested while at his girlfriend’s house in Cowdray Park, Bulawayo. Reads the statement:

The Zimbabwe Republic Police confirms the arrest of Gift Sabata (44) in connection with murder and armed robbery cases which occurred between December 2021 and November 2022 in Bulawayo.

On 19th November 2022, at around 0200 hours detectives from CID Homicide, Bulawayo and members of the Support Unit Police Special Tactics who had been monitoring the suspect, raided him at his girlfriend’s house in Cowdray Park where he was hiding.

Upon arrest, a Rossi Revolver loaded with five (05) rounds was recovered from the suspect.

Further investigations by the Police led to the recovery of a Taurus Revolver with six (06) rounds and a Peatra-Beretta Gardone Vt.22 without a magazine at Tshabalala Game Sanctuary, Fourwinds, Bulawayo.

The arrest cleared a murder cases which occurred on 28th June 2022 at a house along Fortunes Gate, Mashemhlophe, Bulawayo where the suspect and his accomplice identified as Clifford Leniency Nyoni shot dead the complainant with a pistol before stealing US$1000.00 cash.

The suspect was also linked to a murder case which occurred on 02nd February 2022 at Plot Ki Richmond, Bulawayo where a 24-year-old man died whilst on admission at a local hospital after being shot on the thigh with a pistol following a misunderstanding over an undisclosed Issue.

On 19th November 2022 at around 1000 hours the suspect died whilst admitted at United Bulawayo Hospitals after experiencing some convulsions with froth coming out of the mouth.

The suspect had consumed food and diabetes medication brought by his wife, Mavis Matupe (27).

Meanwhile, the Zimbabwe Republic Police is appealing for information which may lead to the arrest of two (02) unknown male suspects who are being sought in connection with cases of murder, rape and armed robbery in which motorists were mostly targeted along Harare- Chirundu Road.

In one of the cases, the suspects shot dead a man (33) before raping his girlfriend (26) and stealing a cellphone, power bank and US$48 cash on 19th November 2022 along Highlands Road, Chinhoyi, while in another case the suspects attacked a taxi driver before stealing USS20-00 and two (02) cellphones on 20th November 2022 near Champion Gwande Secondary School, Karoi.

Further, the suspects pounced at a house in Chinhoyi on 21st November 2022 and stole a laptop, five (05) cellphones and USS320-00 cash before shooting one of the complainants thrice on the knee.

In two other cases the suspects attacked two motorists on two separate occasions on 19th and 20th November 2022 along Harare-Chirundu Road where they stole ZWL$3000 and US$52-00 cash.

to the Commissioner General of Police