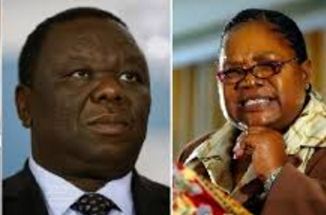 For the first time, Zimbabwe’s Main Opposition Parties MDC and ZimPF will stage a rally and protest demo on the same day, same time, in the Midlands city of Gweru, ZimNewsNet has been told.

While the two groups will be at different venues, it is remarkable that two parties with equal fire power and 2018 hopes as Zanu PF will be in the town of Gweru tomorrow, Saturday.

At 10AM, MDC will stage a demonstration in Gweru city centre.

ZimPF will launch their Midlands campaign at Mkoba Stadium around the same time.

Party leader, Joice Mujuru will address the people while across town, at city centre, Morgan Tsvangirai and his three vice presidents Nelson Chamisa, Elias Mudzuri and Thokozani Khupe will give speeches in front of MDC supporters.