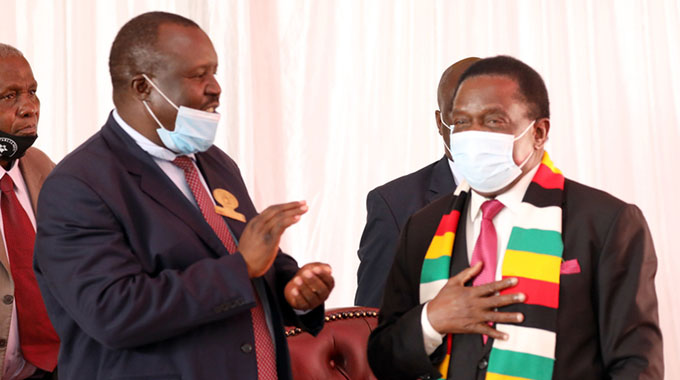 President of the Chiefs Council and leader of the Pan African Parliament (PAP), Chief Fortune Charumbira, was handed a heavy blow by President Emmerson Mnangagwa after the Zimbabwe leader reduced the wards that fall under his chieftainship to only two, which is the equivalence of a kraal under a headman.

The development comes after Mnangagwa resuscitated the Nemanwa chieftainship and appointed Tranos Manjiva, as the new substantive chief with effect from August 30, 2022.

Since 2017 when Mnangagwa replaced late dictator Robert Mugabe in a coup, Senator Charumbira’s chieftainship continues to disintegrate as Chief Bere, who Mnangagwa also resuscitated, being the first to take a large chunk of land from the territories falling under the jurisdiction of the now PAP president and long-ruling Zanu PF loyalist.

“Please be advised that His Excellency the President  of the Republic of Zimbabwe  has in terms of Section 283 (1)(b) of the Constitution of Zimbabwe Amendment (No 20), 2013 as read with Section 3 (1) of the Traditional Leaders Act (Chapter 29:17) appointed you Tranos Manjiva as Substantive Chief Nemamwa in Masvingo with effect from August 30, 2022,” wrote District Development Coordinator (DDC) for Masvingo, Ray Hove in a letter dated September 7, 2022.

Provincial Chiefs’ Assembly chairperson, Chief Chitanga, who was born Felani Chauke welcomed the appointment and said the assembly is looking forward to work with the new Chief.

“We are so pleased and thank President Mnangagwa for the resuscitation of the Nemanwa Chieftainship and the appointment of the new chief. As the Chiefs Assembly; we are looking forward to working with the new chief,” Chief Chitanga was quoted by the Mirror as saying.