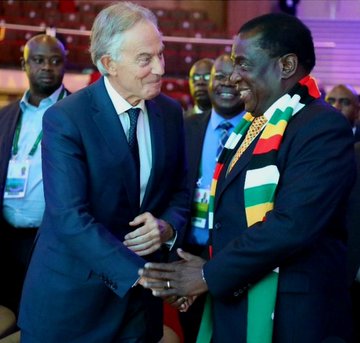 Zimbabwean President Emmerson Mnangagwa says for Zimbabwe to move forward it should not be a prisoner of the past.

He made remarks as he met former British prime minister
Tony Blair who was the late ex-president Robert Mugabe’s bitter rival.

Mnangagwa met Blair at a conference in Kigali, Rwanda.