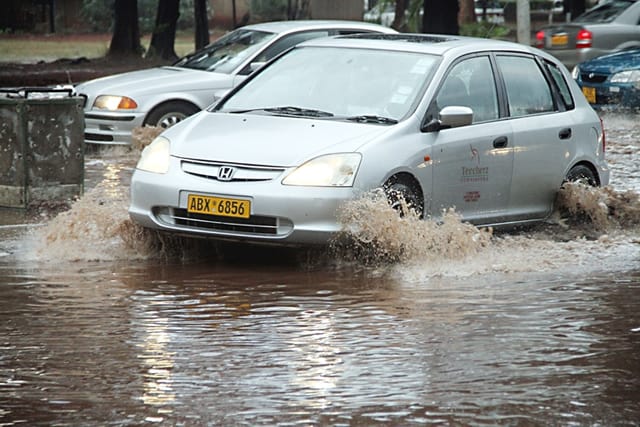 The Meteorological Services Department (MSD) has warned of an increased risk of floods in river basins, wetlands and low-lying areas such as Muzarabani and Mbire in Mashonaland Central.

The Department of Civil Protection is on standby to render emergency assistance, The Herald reported citing MSD’s Head of Forecasting, James Ngoma.

“We will keep informing the nation as the days draw near. Those areas we have mentioned are all dependent on the amount of rains that would be received prior.

“Flash floods are an annual event and some areas have frequently seen flooding,” he said.

Recently, the Department of Civil Protection chief director Nathan Nkomo said adequate funds to deal with disasters such as flash floods that are associated with the rainy season have been set aside.

He said a plan was in place to ensure everyone’s safety during this rainy season.

Nkomo added: “Remember we are preparing to handle natural hazards in the form of flash floods and ultimately, when we get into the cyclone season, mostly from January to March, we will escalate our level of preparedness.

“Flooded rivers could also cause danger to life while sudden flooding could lead to difficult driving conditions, clogging of water drains and chances that some communities become cut off by flooded roads and rivers,” he added.