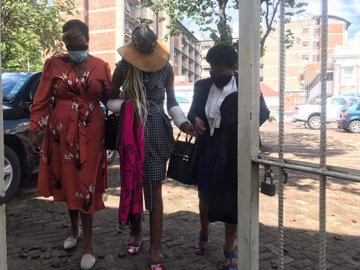 Vice-President Constantino Chiwenga’s estranged wife Mary Mubaiwa, who is in a critical condition, says she will appeal her remand in custody yesterday in the hands of Harare Remand prison for the next 10 days.

Her jailing is pending mental examination by state doctors, to ascertain if she is fit to stand trial.

Mubaiwa’s lawyer Beatrice Mtetwa confirmed her client will be filing an appeal anytime from now.

Magistrate Lanzini Ncube granted prosecution request for Mubaiwa, to be held in custody for 10 days after 2 doctors who assessed her reached contrasting verdicts.

Meanwhile, one of her lawyer, Doug Coltart criticised the Magistrate’s ruling, calling it terrible.

Mubaiwa is believed to be going under persecution at the hands of her powerful husband.