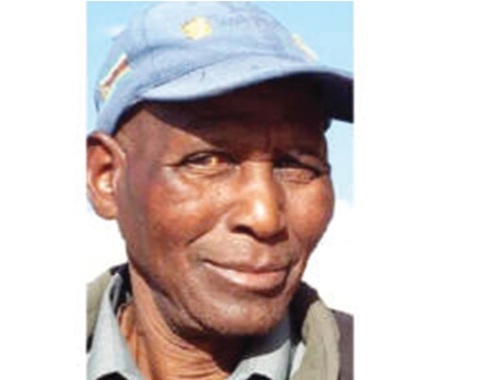 Highten Nkomo, a liberation war fighter who was known locally as the Second Chimurenga/ Umvukela has been declared a national hero.
In a statement, President Emmerson Mnangagwa announced the hero status which he said was in recognition of his contribution to the liberation of Zimbabwe.
Reads the statement issued on Wednesday 28 September 2022:
Condolence Message By His Excellency The President, Dr E.D. Mnangagwa, Following The Passing On Of Cde Highten Nkomo
I learnt with deep grief and sorrow the news of the passing on a fortnight ago of one of the pioneering Veterans of our War of Liberation, Cde Highten Nkomo, whose nom de guerre was Cde Billy Mazamo.
Born to Zimbabwean parents who relocated to Zambia after being forced off their land in Tsholotsho by the settler regime, Cde Nkomo would never set foot in the then Rhodesia except as a freedom fighter.
He dropped school in Zambia in Form 2 to join the Liberation Struggle in the late sixties.
Cde Nkomo was one of the early Zimbabwe People’s Revolutionary Army (ZPRA) cadres that included the likes of the late Major General (Retd) Jcvan Maseko, Brigadier General (Retd) Abel Mazinyane, the late Colonel (Reid) Masala Sibanda, and others, who trained at Morogoro in Tanzania in the period 1969 to 1970.
He later trained as a Military Engineer in the now defunct Union of Soviet Socialist Republics (USSR) and thereafter commanded various liberation camps, including Chakwenga Transit Camp, through which ZANU PF Vice President Kembo Mohadi, Commander Defence Forces, General Valerio Sibanda, and many others, passed as recruits.
In 1976, he was sent to Mgagao as a Zimbabwe People’s Army (ZIPA) Instructor where ZPRA and Zimbabwe African National Liberation Army (ZANLA) cadres jointly trained and worked with the likes of national heroes, Chief Air Marshal (Rtd) Perence Shiri, Lieutenant General (Rtd) Amoth Chingombe and Cde Gagisa Sibanda.
In 1977, he was appointed to open and command Mkushi Women Training Camp after which he upheld his illustrious career and contribution to the Struggle as ZPRA Deputy Chief of Training.
In recognition of his contribution to the liberation of Zimbabwe, loyalty to our Nation and unwavering membership to the revolutionary Party, ZANU PF, I have granted Cde Highten Nkomo National Hero status.
On behalf of Government, ZANU PF Party, my family and indeed on my own behalf, I wish to express my sincere condolences to the Nkomo family following the loss of their loved one.
May they take comfort from the knowledge that their loss is shared by the whole nation in whose service he sacrificed and contributed immensely.
May his dear soul rest in eternal peace.
Zwnews