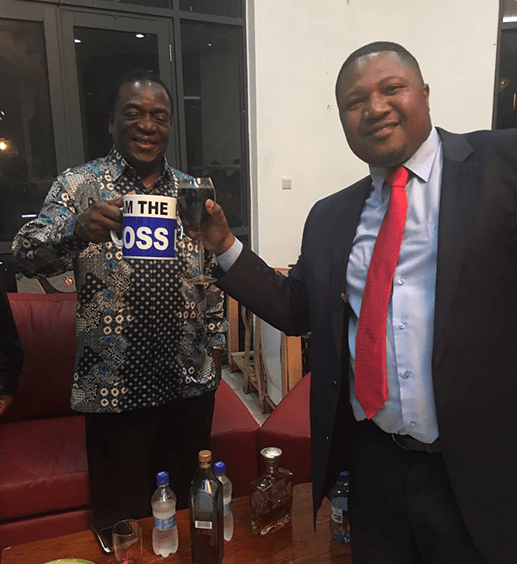 Vice President Emmerson Mnangagwa has attracted unwanted attention to himself after he was pictured drinking alcohol in a mug labelled I AM THE BOSS.

Mnangagwa who is believed by many to be one of the front runners in the race to succeed Mugabe has never expressed any ambition to succeed the 92 year old President but his cup of beer might have sent wrong signals to his nemesis Jonathan Moyo who responded with a not so nice tweet insinuating that  Vice President Emmerson Mnangagwa  is not fit for the top office due to his ‘presidential mug’ he claimed is full of beer.

“A mug for President? With hard liquor on display like that? Come on. Give people a break!”, said Jonathan Moyo. 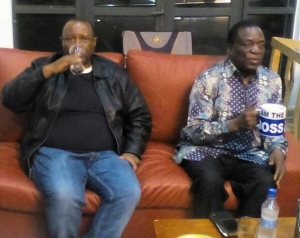