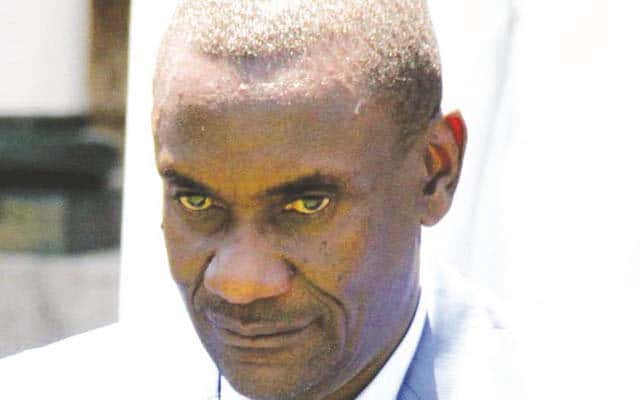 Zanu PF insiders say Ncube had remained “the hooligan that he has always been” as minister.

They say he still embraced gangsterism, violence and brutality; thuggery to settle issues, adding that only last weekend he bussed a group of his Al shabaab gang armed with machetes to a Zanu PF Gweru meeting.

At the meeting, Ncube is said to have ran the show like a “warlord” issuing instructions, threats and orders about how provincial structures should be like after the recent elections.

He wanted to control the structures in his own favour, not helping Mnangagwa to consolidate power, sources say.

“The dramatic events at the Zanu PF provincial meeting at the party’s convention centre.

“The Winery, showed beyond reasonable doubt that Mudha had become a warlord, ruling the province by violence and fear.

“He behaved like a mafia boss and issued orders and threats as he sort to influence structures after provincial elections, not to help Mnangagwa but to control the region for his own good.

It is said Mnangagwa Midlands loyalists pushed for his removal, as he had became a Frankenstein monster.

“Mudha is a creature of violent Zanu PF politics Mnangagwa presided over in Midlands and all over the country.

“Now typically, he was now threatening to ruin his creator. Zanu PF is in tatters in Midlands, and of course all over the country, but in that region Mudha created havoc.

“Mnangagwa’s allies had been repeatedly warning him Mudha was destabilising the party and undermining him.

“He took long to act because this was his key right-hand man for a long time, but then he had morphed into a Frankenstein. His actions risked defeat for Mnangagwa in 2023,” say sources.

They alleged that his actions damaged Mnangagwa, but helped Chiwenga.

Mavima, who has no political capital, became the compromise chair. This enraged Mudha and he became destructive as he lashed out in all directions, using fear and violence.

Mudha is generally seen as the “commander” of Kwekwe violent group known as Al shabaab that is notorious for intimidation and brutality in local politics and gold mining affairs in the city and its surrounding areas.
Al shabaab is blamed for violent attacks and killings there.

In March 2020, the United States designated Zimbabwe’s former Presidential Guard commander Anselem Sanyatwe, now an ambassador, and Ncube for their “role in human rights abuses related to political repression in Zimbabwe”.
Now Ncube has been fired by Mnangagwa for hooliganism.