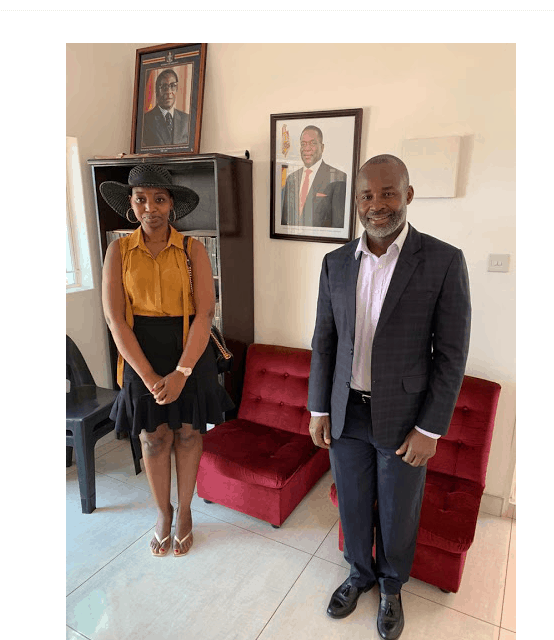 “Can the CIO please deny that they sent their head of operations to South Africa for 2 weeks and the agenda was to kill Saviour Kasukuwere murandarume did u know abt this attempted assassination? now they are after Nelson Chamisa‘s family.

Mutami says she well abreast with CIO operations despite her not having intelligence budget.

“I don’t have an intelligence budget bt I’m well aware of ur operations. As for me handife nenguva yenyu, ndinofa nenguva yaMwari, Citizens @edmnangagwa is afraid of the pple and they plan on keeping @JobSikhala1 in prison till 2023 after the elections because he’s a tactical planner and the system is panicking.

“@JobSikhala1 is gd at scenario planning and us the citizens we have failed him job. He was calling for the reintroduction of the Van guard .

She adds that Kasukuwere would be the right person to negotiate a power transfer deal from the Zimbabwe Defense Forces.

“The real power is in the barracks, izvezvi vakuda kudzinga Chiwenga which is gd for us citizens because that’s like touching a live wire in ZANU-PF chobva chamwashuka permanently and I can tell u we will be happy again as a nation before 2023,” she says.

Now an Australian citizen, Mutami urges the Zimbabwe’s security agents to bear in mind Chamisa means well for them also.

She says security wings in countries like Australia are being well taken care of:

“Some of u think I’m making stuff up when i tell u that our security forces are well taken care of security sector honai Mari dziri kupihwa vamwe venyu kune dzimwe nyika dzine vatungamiriri vane rudo.