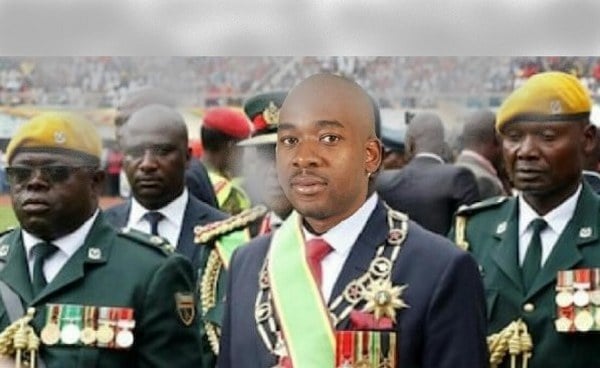 Chamisa, in a letter to the Speaker of Parliament Jacob Mudenda, named 17 MPs he said would “shadow the substantive ministry” – leading to interpretations that he had appointed a shadow cabinet.

Deputy party spokesperson Gift Ostallos Siziba, in a statement seen by ZimLive on Saturday, maintained that Chamisa had yet to name what he called an “alternative government.”

“It’s a clear distortion of the facts,” Siziba said. “The CCC has made parliamentary deployments for representatives to speak on parliamentary issues with specific focus areas including labour, finance, local government, foreign affairs and other portfolios.

“We have done this specifically to make sure that we have delegated responsibilities and spokespersons on particular issues in parliament.

“There is no such thing as a shadow cabinet. We are going to announce an alternative government, and it won’t just be limited to people who are in parliament but there will be experts who will help CCC to govern in 2023.

“All other issues, including our blueprints and other documents and who will be deployed where, we will put that out in public in due course.”

The CCC was formed in February from the ashes of the MDC Alliance whose name was annexed by the MDC-T led by Douglas Mwonzora.

The party took part in by-elections held in March, winning 19 parliamentary seats. It is from these parliamentary representatives that Chamisa was able to appoint the so-called portfolio committee point persons.

Siziba quashed claims that the appointees showed regional bias, pointing out that the CCC has only three MPs from the Matabeleland region – Kucaca Phulu, Prince Dubeko Sibanda and Sichelesile Mahlangu.

Chamisa is under pressure to create “structures” for the CCC ahead of elections in 2023.

British political scientist professor Stephen Chan, who recently met Chamisa, said he “stressed the need for the West to know with whom it would be dealing, portfolio by portfolio, in the event of a 2023 CCC electoral victory.”