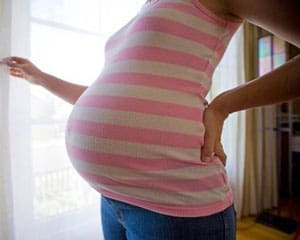 In a shocking case, an eight months pregnant nine-year-old girl was reportedly admitted to the United Bulawayo Hospital in Zimbabwe.

The child, who is about one month from giving birth, is being monitored by a team of specialist doctors and nurses.

According to news reports, the meisie is from Tsholotsho District in Matabeleland North Province.

Officials from the police, department of social welfare in the Ministry of Public Service, Labour and Social Welfare are investigating the circumstances surrounding the pregnancy, reports iHarare.

Sources said she could have been raped and impregnated by a “close person”.

Last week, a Sunday News crew visited the hospital and spoke to the acting chief executive officer of the institution, Harrison Rambanapasi, who confirmed the matter but could not share further details.

He said the girl had fallen pregnant when she was eight.

That was made possible by a rare condition of precocious puberty (development of sexual maturation earlier than the normal age).

Rambanapasi said that, ordinarily, puberty should start at around 11 years.

“Books of medicine talk about a nine-year-old who has delivered before, but that is a very long time ago and not in this country.

“But for me, this is a first in my career; the youngest I had seen earlier was a 12-year-old, a victim of sexual abuse.

“Now we have this nine-year-old and it’s a bit unfortunate that we see such a case,