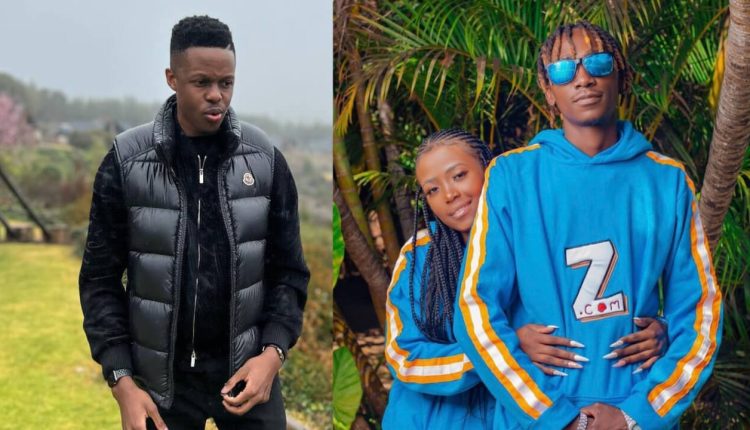 In the video circulating online, the late Zimbabwe president’s son  Robert Mugabe Jr allegedly failed to pay Bertha after spending four days enjoying her company at his place of residence.

The video shows a Harare-based model only referred to as Bertha clashing with Robert Mugabe Jnr while demanding US$50 they had agreed on.

He is seen telling Betha, who is seated on the bed to get dressed first but she is having non of it.

Bertha is seen in the video sitting on Robert Mugabe Jnr’s bed naked refusing to leave the house or put on her clothes before getting paid.

Robert Mugabe Jnr remains adamant that he won’t pay and for certain she never was paid as seen in the chats reveal.

The leaked chats reveal that Robert may have slept with Bertha for four straight days.

Social media detectives, later on, observed that the woman in question is R Peel’s “girlfriend.”

On Thursday, R Peels came out to defend himself denying being in a relationship with Bertha except professionally.He says he only hired the services of Bertha for a photo shoot for his album art.

Robert Mugabe Jnr. Son of former President of Zimbabwe, seen arguing with a model he refused to pay after a one night stand pic.twitter.com/wlqh2UJL8H

Below is the statement released by R. Peels on Thursday morning,

“Here is a public statement on the whole Bertha Issue ……

” 1) I’ve dealt with models and video vixens since 2017, that’s 5 years and as a professional, I don’t date or get in relationships with them. I take my job seriously.

” 2) I am not ashamed to have worked with Bertha on my album cover and Promo. I hope she gets through this with grace. I’m not in a position to judge. Her personal drama has nothing to do with me.”

R. Peels also took a swipe at people who spend their time on social media engaging in gossip and showing an inordinate interest in other people’s affairs.

“3) The unemployment rate is 98% in Zimbabwe, so I guess everyone works on Zimcelebs or Twitter. Enjoy mabasa enyu.”

Meanwhile, Olinda Chapel has waded into the drama after watching a video of Robert Mugabe Junior refusing to pay Bertha $50 after reportedly bedding her for four nights.Olinda had a piece of advise for young girls saying their cookie was not worthy US$50 which the video vixen who featured in Hip hop star R Peels’ video demanded from Robert Junior.