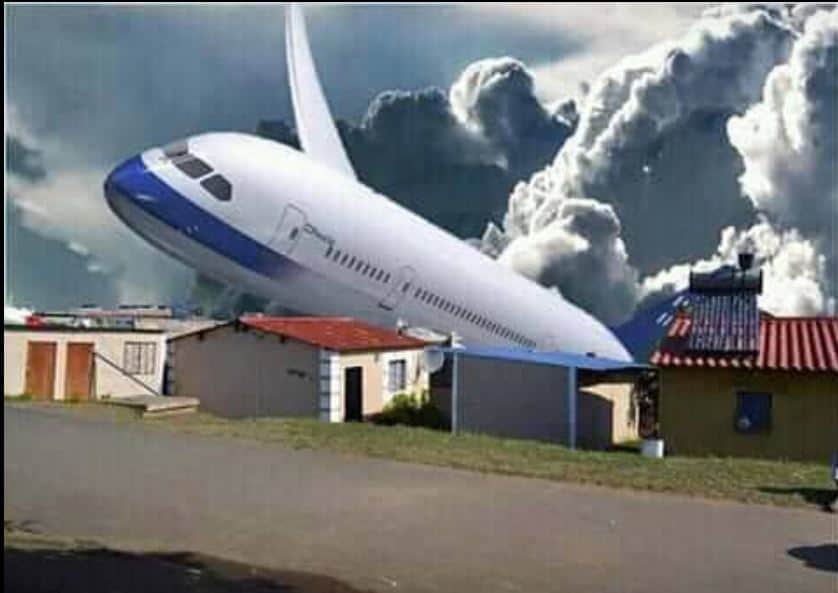 Breaking News: Air Zimbabwe Plane the all-clear after “catching fire” over OR Tambo .
South Africa airport officials report that a Harare bound aircraft which left OR Tambo on Sunday night – plus its crew and passengers – have escaped unscathed after encountering a small fire.

A wave of panic spread across social media on Sunday evening, when news of a stricken Zimbabwean airliner above the skies of Johannesburg had South Africans gripped.

However, according to Airport Companies South Africa (ACSA), the incident over OR Tambo has been resolved.
Alfred Mathekga is a spokesperson for ACSA, and he explained that the fire which was allegedly spotted by the side of Flight UM462 was “self-extinguished” by the pilots.

“We have received more than 20 calls from citizens in Kempton Park, saying that they can see an aircraft on fire. There was a small fire to report, but it has been manually extinguished on-board.”

“We’d like to clarify there was no emergency landing of Flight UM462. The flight is the 18:55 to Harare. The incident took place shortly after takeoff. We expect the plane to land safely in Zimbabwe, and there will be a follow-up statement and report to come in due course.”

The Boeing 762 is expected to make a safe landing in Harare at 20:40 SAST, according to data acquired from flightite ACSA’s insistence that the flight is under control, news of an engine fire – however small – is still a experience for anyone on board.