74% of Zimbabweans say Ian Smith was better than both Mugabe and Mnangagwa, opinion poll 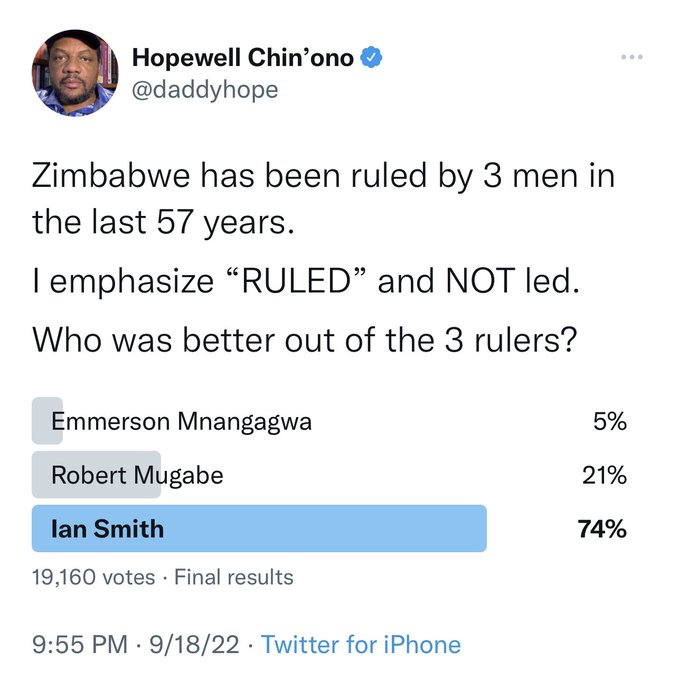 According to the poll President Emmerson Mnangagwa got the least rating with only 5% thinking is better.

Chin’ono says it is sad to note that ZANU PF has become so bad to the extent of surpassing the colonial government.

“It is sad for those of us who lived through the pain of colonial rule to know that ZANUPF has become worse than Ian Smith.

“To have a poll where 74% of 19,160 participants say Ian Smith was better shows how terrible ZANUPF has become in the eye of the citizen,” he says.

Meanwhile, the debate on who was better between Ian Smith and the ZANU PF government has over the years been a heated one.

The ruling party has accused those who think it has become worse than Ian Smith of being puppets of the whites.